Jordi Condom, who spotted the future Spain international as a young player, recalls his excitement at seeing the talent and potential on display

Adama Traore was like a “nine-year-old Usain Bolt” when he first emerged at Barcelona’s La Masia academy, according to his former youth coach, Jordi Condom.

Condom was working with the age-group teams at Barcelona when Traore – who would go on to be a Premier League star and recently won his first cap for Spain in a friendly against Portugal – was starting his journey through the system.

The coach, now back at Belgian side Eupen, recalls he had actually gone to watch a different Barca youth team, but his eye was caught by a young Traore playing on an adjacent pitch – and it was clear immediately that he was a special talent.

Condom told Marca: “I went another day to see the older boys and behind them was a seven-a-side field. I turned to look, without actually looking for anything, and I saw a boy who picked up the ball in his own half, ran all the way to the opponent’s box and shot.

“The goalkeeper saved it and quickly restarted play. Then, before the ball even had time to bounce, the same boy was first to the goal kick. I said to myself, ‘Hold on a minute, this has to be him’. It was Adama – it was like seeing a little nine-year-old Usain Bolt.

“He came to train, we put him with our older team and there was no doubt. The physical potential was tremendous. So he stayed at Barcelona.”

Despite Traore’s clear talent, he only made one senior appearance for Barcelona, leaving for the Premier League where he featured for Aston Villa and Middlesbrough, before moving to Wolves where he has emerged as one of the division’s most exciting forwards.

When it became clear Traore was leaving Barca, Condom said he tried to persuade the winger to move to Eupen, where he was the manager at the time – but that the youngster had his heart set on a move to England.

Condom said: “He was very clear about it. He thanked me, but he was very clear that he wanted to and could play in the Premier League. I was sure he was going to achieve it. He is a boy who always goes about his business, who never gave a problem to the club or at school. He has had a very good education and structure in his family.”

Until recently, Traore had been an equal source of excitement and frustration for coaches and fans, unable to combine his immense physical strengths with any end product. Condom said that was always the topic of discussion at La Masia, and he is pleased to see the player work on his weaknesses and emerge as such a talented and promising star.

Condom said: “It was the great debate. You could see if he faced resistance, there was a time in which it cost him because with closed teams he lacked space, but he has been improving everything.”

Fri Oct 9 , 2020
A man who played alongside the France international in the Red Devils’ academy system believes the World Cup winner can be unfairly treated Paul Pogba remains a scapegoat for any Manchester United struggles, says John Cofie, with the Frenchman singled out for criticism when “the whole team was bad”. A […] 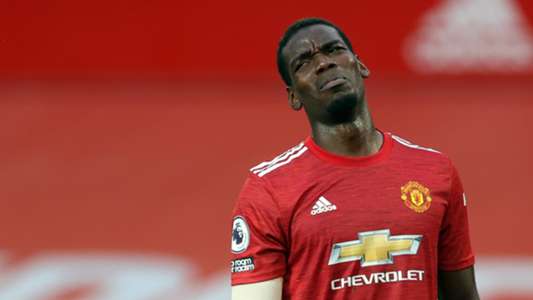