The agent of Chelsea striker Olivier Giroud says that he will have to consider his client’s future if his “unfair” treatment goes on.

Giroud has endured a rollercoaster last 12 months with the Blues, which almost saw him leave last January.

Indeed, he struggled for game time amid Tammy Abraham’s stunning early-season form. But despite admitting he made the right decision to stay, Giroud now finds himself in the same position.

Abraham has formed an exciting trio alongside Timo Werner and Hakim Ziyech up front. What’s more, summer signing Werner has played on the left wing but can also play centrally, where Giroud wants to be.

Reports on Thursday indicated that the Frenchman is again considering his future, as he did this time last year. More recently, his agent has spoken out on the situation and laid out a potential action plan.

“Effectively, since the start of September, things have changed but what has not changed is his capacity to play matches for France, contrary to what was said by certain others,” Michael Manuello told FootMercato.

“There have been €150m worth of players bought. But at the same time you’d be blind not to see that Frank Lampard has decided to put Tammy Abraham ahead of him.

“It is not frankly fair when you look at what Olivier did at the end of the season. But he [Lampard] has the right, it is his choice.”

Giroud would have been thankful last season that Euro 2020 was moved back to 2021 due to the pandemic. But with the tournament now looming, France boss Didier Deschamps has warned the striker about his lack of game time.

Giroud going round in circles

Maneullo, meanwhile, added: “So effectively if things continue like this, in December we will find ourselves where we were in December 2019.

“But we have to be honest and if this continues, we will have to, first and foremost for him, experience other emotions.”

Giroud has only made six appearances in all competitions this season. Three of those have come in the Premier League for a total of 33 minutes.

Fri Nov 20 , 2020
The Red Devils are without a Premier League win on home soil since July, but will get another chance to right those wrongs against West Brom Axel Tuanzebe admits Manchester United’s first-team squad is as puzzled by Premier League struggles at Old Trafford as a frustrated fan base. The Red […] 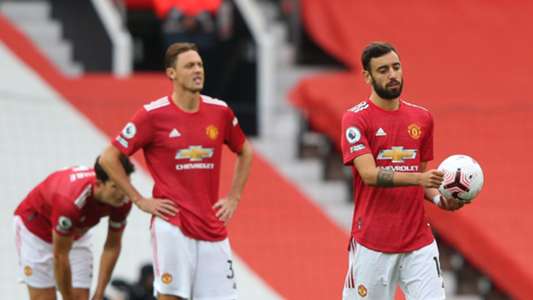