The 32-year-old has completed a two-year deal to the Superhoops on transfer deadline day, a few days after cancelling his contract with Nottingham Forest.

“Albert Adomah has signed for QPR, agreeing a two-year deal with the club,” QPR announced on their official website on Monday.

London-born Adomah will wear the No.37 jersey at his new club.

“This is unreal, unbelievable! Imagine being a supporter and playing for the club you love. Words can’t even describe it. It’s just amazing, just a pleasure to be here,” the winger said.

“They were my local side and going past the stadium when I was a youngster I thought one day I could play for this club. This is just surreal.

“All I can see right now is Bobby Zamora scoring at Wembley – I should be here talking about myself but that’s all I can think of right now!”

Adomah will be hoping to boost QPR’s chase for Premier League promotion, having successfully aided Middlesbrough and Aston Villa to achieve the feat in the past.

“Every team wants to win promotion. I have managed it twice and it is a beautiful feeling.

“If I could get a third promotion that would be one of my great achievements. That’s my ambition.”

QPR are Adomah’s seventh club in 10 years, a career largely based in the English second tier.

“It is fantastic that we have been able to bring Albert in,” QPR manager Mark Warburton said.

“We only have Geoff Cameron and Lee Wallace above 30 in the dressing room, so I am delighted to add Albert – he will provide a wealth of experience.

“I spoke with people at Nottingham Forest who spoke glowingly about his professionalism, his character, and what he brings on and off the pitch.

“He is a proven player at this level, comfortable on both flanks, still a good age, a London lad and a QPR fan, so it is fantastic to have him on board.”

He was a member of Ghana’s squad at the 2014 World Cup in Brazil.

Mon Oct 5 , 2020
Date published: Monday 5th October 2020 8:34 Newcastle have completed the deadline day signing of 21-year-old attacking midfielder Rodrigo Vilca. The playmaker has joined on a four-year deal from Deportivo Muncipal, but will head straight to the club’s Academy set-up under Ben Dawson and Chris Hogg. The deal, which had […] 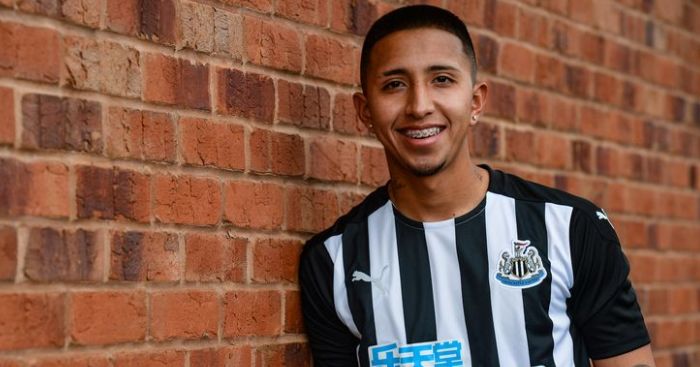