Newcastle head coach Steve Bruce has slammed Miguel Almiron’s agent, calling him an “amateur looking to make a fast buck” after he suggested his client would’ve already left the club were it not for the coronavirus pandemic.

Almiron joined Newcastle in January 2019 from MLS side Atlanta United but according to his representative Daniel Campos, the Paraguay international is already eyeing up his next move.

“Miguel Almiron was being observed by Atletico Madrid but no offer was made. When everything returns to normal, Miguel will take a leap in quality,” Campos told Paraguayan radio station Futgol 970 this week.

“Miguel’s work rate at Newcastle and Paraguay has been great. If it wasn’t for the pandemic, he would have been elsewhere. Perhaps he would like to play for a team that has a lot of possession. Maybe in June, he’ll make that jump.”

Almiron’s current boss, naturally, did not take too kindly to suggestions that one of his key players is already looking to leave. Bruce, though, saved his ire for Campos rather than the 26-year-old midfielder.

“The quotes were so outrageous, it was bordering on the ridiculous,” Bruce said of Campos’ words.

“The agent proves to me he is an amateur looking to make a fast buck, which is pretty ridiculous. An agent who, two years in, is probably trying to profit again and take him somewhere else is just hugely disrespectful to all of us, and to this club, which has served Miguel so well, in particular.”

Bruce did, however, say he would also have a discussion with Almiron to ensure they are on the same page.

“I will have a conversation with him, of course,” Bruce added. “But Miguel is an unbelievable pro who has a great attitude to everything and is always smiling.

“If it was Miguel, who I’ve had the pleasure to work with for the last 15 months, knocking on my door and having a problem, I’d listen. But it’s a two-bob agent who has been hugely disrespectful to his client.”

Almiron has made 10 total appearances for Newcastle this season, scoring one goal and adding three assists.

Sissoko explains how Mourinho has turned Tottenham into title challengers

Fri Nov 20 , 2020
Moussa Sissoko insists Tottenham have a “big opportunity” to win the Premier League title this season, crediting Jose Mourinho for their improvements. Tottenham finished sixth – their lowest final position since 2014 – last season, but have started the new campaign much more strongly. With Mourinho taking charge of his […] 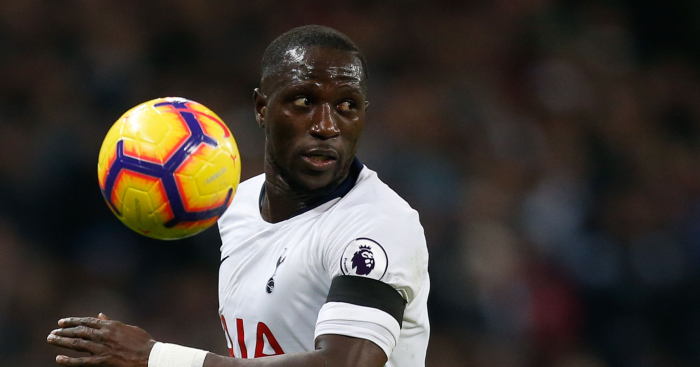