Anam Imo scored her first-ever brace for the club after finding the net twice in Rosengard’s 3-2 victory over Eskilsminne in Wednesday’s Swedish Svenska Cupen outing.

The Nigerian has been a regular for the champions this season, scoring twice in 17 appearances despite only starting five times.

The Super Falcons striker scored in each half as Jonas Eidevall’s ladies escaped a Cup upset at the hands of the Helsingborg outfit.

In the keenly contested affair at Vastergards IP, the hosts managed to get in front in the 36th minute after Imo’s brilliant effort beat the hosts’ goalkeeper Agnes Nilsson.

Eskilsminne, however, provided a stunning response when Matilda Eriksson brought them back on level terms after a fine finish in the 42nd minute of the encounter.

The visitors did not allow their celebration of an equaliser to last as Beatrice Persson’s fantastic strike ensured their lead was recovered a minute from the half-time break.

Five minutes after the restart, the 19-year-old Nigerian completed her historic double to extend the lead for Rosengard.

The hosts staged a late fightback when Agnes Eklof’s struck to pull one back four minutes from full-time but her effort was not enough as the visitors held on to walk away with a crucial win.

Imo, who now has four goals in 18 outings for Rosengard this term, was in action from the start to the end of the match.

The result keeps Rosengard in the frame for a domestic double and they are scheduled to continue their Damallsvenskan campaign against Kristianstad in their next fixture on October 11.

Wed Oct 7 , 2020
The Three Lions boss didn’t take exception to the error and stressed there’s only one Gareth the Spurs coach needs to worry about this season England manager Gareth Southgate has revealed Jose Mourinho messaged him privately to apologise after calling him “Gary” in a press conference last week.  The two […] 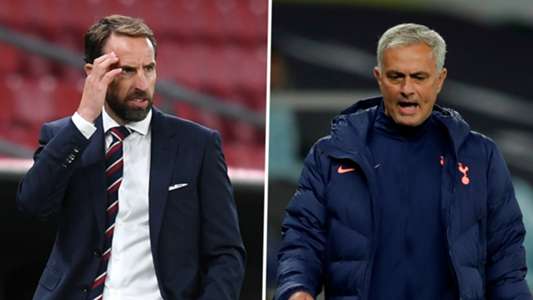