Carlo Ancelotti was delighted that Everton could get back to winning ways upon their return to action – but still saw room for improvement.

Everton claimed their first win in five games, as a Dominic Calvert-Lewin brace helped them on their way to a 3-2 victory against Fulham.

They had their nervous moments, with Fulham reducing the deficit to one with 20 minutes to go. However, they ultimately held on to make a positive start after the international break.

Ancelotti told BBC Sport: “The most important part of the game was to be back to winning.

“We lost energy in the second half, the players were tired. I changed to put more fresh legs on the pitch but we lost a bit of quality and we had to defend as a result but in the end it went well.”

One player the Everton boss was keen to sing the praises of was Alex Iwobi. The former Arsenal winger started the game as a right wing-back, and lasted all 90 minutes.

There had been rumours over the summer that Iwobi had become surplus to requirements already at Goodison Park. However, Ancelotti thinks he can carve out a future with the club in his new role.

Ancelotti said: “Alex Iwobi played well, like the others played really well. I am pleased for him. In that wing-back position he can show his quality.”

In the end, it was not a perfect day for Everton. They conceded two goals, meaning they are without a clean sheet since September.

While Ancelotti was happy with the final outcome, he observed that the side need to work on their organisation at the back – but is confident they will get up to speed.

He added: “We have to improve (defensively) for sure.

“We were not so compact and not so close to the line. We have time this week to work on this.”

Sun Nov 22 , 2020
The Portugal international has been a strong personality for Ole Gunnar Solskjaer’s side and one of his key skills is spot-kicks Bruno Fernandes has settled comfortably into life at Manchester United since arriving from Sporting in 2020 and the playmaker has endeared himself to Red Devils fans with his exploits. […] 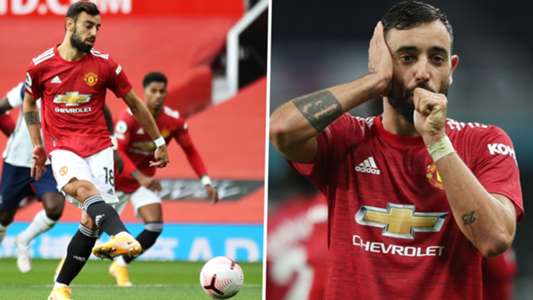