Ancelotti has worked with both midfielders in the past and is a huge fan of their talents.

Both Isco and Khedira are being linked with January moves away from their respective clubs.

Marca reports that Isco has decided to leave Real in January, while Khedira said he would be open to a transfer to the Premier League after falling out of favour in Turin.

Given Ancelotti’s relationship with the pair, it is hardly surprising that Everton are being linked.

The Italian did not bat back the questions about the pair at his press conference on Friday, but suggested the chances of either of them arriving at Goodison Park in January are slim.

“Isco is a rumour from the press, from the media,” Ancelotti said at a press conference ahead of his side’s Premier League clash with Fulham. “It’s not a rumour that went out from our side.

“Apart from this, Isco was my player at Real Madrid and was a fantastic player. He is a Real Madrid player.”

While Isco would add a creative spark to his side, Khedira would be a more combative presence and Ancelotti has fond memories of working with the Germany international.

“I have a good memory of Sami Khedira, he was with me at Real Madrid and was a fantastic professional,” Ancelotti said. “I would love to work with him, but unfortunately he’s not the only one! I’ve had fantastic players in my career, I’ve had good memories of them.

“But to come here to Everton is another thing to consider.”

The transfer market will come into focus in the weeks ahead, but the priority for Everton is to get their season back on track.

The Toffees opened the campaign with seven wins on the spin in all competitions, but they are on a run of three defeats in a row and will view a trip to Fulham as a big chance to claim three points.

Hamilton explains his negotiations with Ferrari

Sat Nov 21 , 2020
Formula 1 Couldn’t reach an agreement Sebastian Vettel and Lewis Hamilton. F1TV Lewis Hamilton has revealed that he held talks with Ferrari in the past, but he made clear that their positions were never aligned. The English Formula 1 driver has achieved a lot of success whilst with Mercedes, and he […] 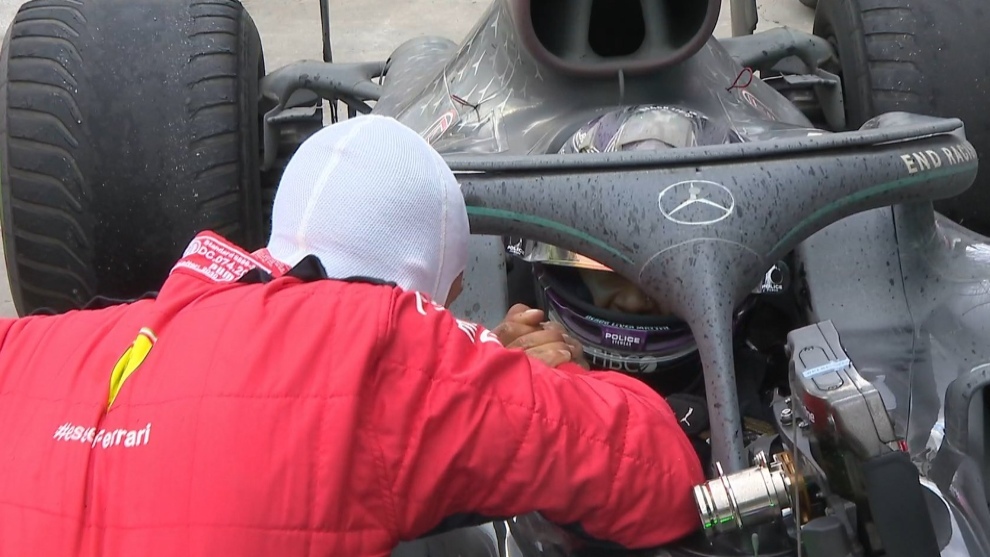