After a stellar finish of the 2016 season, Andy Murray couldn’t catch a break, suffering a terrible hip injury that had almost ended his career. Eager to compete again, Andy underwent two surgeries, returning to the court in June 2019 and winning the doubles title at Queen’s with Feliciano Lopez.

After a couple of months, Murray regained singles form, winning the ATP 250 title in Antwerp and moving closer to the place in the top-100. Instead of a strong finish of the year at the Davis Cup Finals, Andy suffered a pelvic injury that sidelined him from the court until the coronavirus pandemic in March this year.

Working on a comeback, Murray returned to action at the Cincinnati Masters 1000 event in New York, beating world no. 7 Alexander Zverev before losing to Milos Raonic. At the US Open, the Briton showed his fighting spirit, ousting Yoshihito Nishioka after trailing two sets to love, prevailing in a marathon but having nothing left in the tank for the second-round rival, losing in straight sets to Felix Auger-Aliassime.

After a couple of weeks off, Andy drew a former champion Stan Wawrinka in Roland Garros first round, suffering a massive 6-1, 6-3, 6-2 loss in an hour and 37 minutes to end his campaign on the first obstacle. Stan had an enormous advantage in the shortest and mid-range exchanges, blasting 42 winners and 27 unforced errors and leaving Murray on a miserable 10-26 ratio, plagued by 36% of the first serve in.

Wawrinka fended off all three break points, competing on a high level two weeks after an early loss in Rome, stealing Andy’s serve six times to move over the top in style. Blasting Murray’s performance, Mats Wilander said Andy has to think about his next moves, wasting too many wild cards that could have been given to the younger upcoming players.

Like many others, the American legend Chris Evert couldn’t agree with the Swede, reminding he is a Major champion who knows what’s the best for him. Evert believes Andy will raise his level in the next season, and also he wouldn’t waste invitations if the results are not there.

Chris Evert backs Andy Murray to follow his path and play as long he wants.

“Yeah, I do believe Andy Murray should get wild cards. If you have claimed Major titles, you have earned the right to get invitations. Murray is a smart guy; he’s not going to waste three years taking those wild cards if he’s not winning matches.

He will know sooner or later if he takes invitations and his game isn’t improving, or he can’t reach the latter rounds, I’m sure he will let go. Murray should retire when he wants it. Nobody should be telling him when to quit.

He has won so many tournaments and has been through so many setbacks. Clay, to me, is not his best surface, and he, unfortunately, played Stan Wawrinka in the first round, who could just totally overpower him. He’s just happy to be on tour, healthy and injury-free.

It’s going to take time for him if he ever gets back to where he was and go up the rankings ladder. Unfortunately, the pandemic isn’t helping his tennis because he needs matches. I have tremendous respect for him.

Any champion, you could say the same thing about Venus Williams or anyone who has Majors; they are entitled to retire on their terms. I don’t think anybody should be critical of that,” Chris Evert said.

Kateregga links up with Uganda squad ahead of Dubai trip

Sat Oct 3 , 2020
The dreadlocked midfielder linked up with 13 local-based players already in camp as the Cranes prepare to depart for Dubai Iraq-based midfielder Allan Kateregga has reported to the Uganda camp ahead of their training camp in Dubai. The dreadlocked offensive midfielder, who turns out for Erbil Sports Club, became the first […] 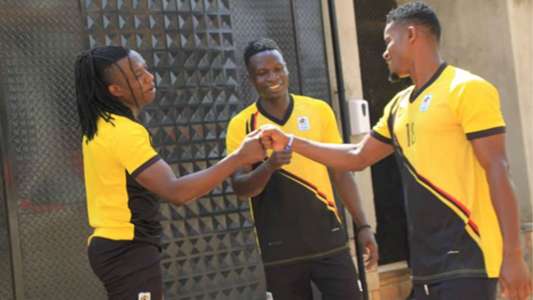