Anthony Davis is one of the best defenders in the NBA, as he finished second in the DPOY award ballot. Davis would often call out his co-star LeBron James on his defensive effort this season, per ESPN’s Zach Lowe.

Davis is having a multidimensional role in the Lakers’, as he is the best defender James ever played with. According to Lowe, ‘Davis pointed out LeBron’s mistakes in practices, urging him to get it right next time’.

“There were a couple of instances when they had a little back and forth,” Vogel said. “’That’s on you. Don’t try to deflect. That’s your rotation.’ And LeBron would accept it.” Davis and James are friends, and share an agent — Paul.

James has often saved his energy in defense, but with Davis, things changed. The Lakers’ future Hall of Famer had another two-way superstar by his side.

That’s the reason the Lakers are two wins away from their first NBA title since, 2010.

From Day 1, the backbone of the Lakers’ run to a 2-0 Finals lead has been a stout, huge defense with complete buy-in from LeBron James. Inside how they built it, and how they added layers that have come in handy across four very different playoff series: https://t.co/A1idlfhZJX

Defenders in Indian football quiz: Test your knowledge with our 'Sharp Minds' challenge! 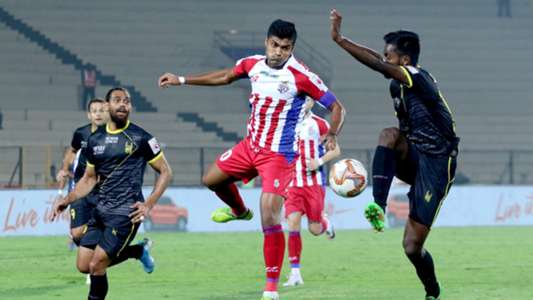