According to Jackson, having an option to give the ball to Davis relieves LeBron of the need to dominate as much. Because of that James can spend less energy.

“Freedom of movement now allows guys to go to the basket at will. AD is going to play on the perimeter so he’s giving a whole kind of a different dimension to it in what he can do offensively,” Jackson said.

“It’s tougher to take the ball out of his hands. With Shaq you could kind of dump one get to him. But because he can put in on perimeter he presents a different problem. And think about this. With LeBron by having a guy like AD he doesn’t have to dominate as much. Now he can work one-on-one getting more assists too, work on his jumpshot a lot more.

“Not being the guy that has to go out and score he can be the setup guy. I look at it AD can actually prolong LeBron’s career from this perspective. He doesn’t have to work as hard. Because he has someone he can got to all the time that can relieve a lot of the stress and pressure. And when it’s time for LeBron to take over, he can do that.”

Sun Oct 4 , 2020
The 23-year-old Italy international returns for a second spell at the club, though he will remain in Udine on loan for a season Juventus confirmed the signing of Rolando Mandragora for €10.7million (£10m/$13m), but the midfielder will remain at Udinese on loan. The one-time Italy international left Juve on a […] 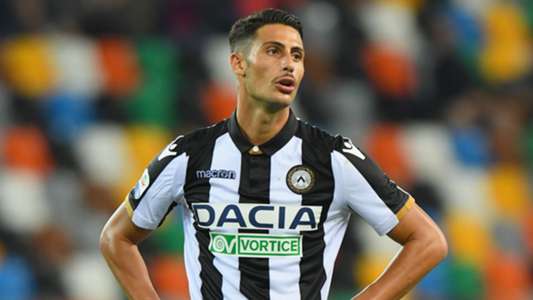