Mikel Arteta admitted that Nicolas Pepe’s actions were “unacceptable” after the forward was sent off in Arsenal’s draw with Leeds.

Both sides went into the game looking to bounce back from defeats before the international break. However, they had to settle for a point apiece, as they played out a goalless draw.

Leeds had more chances, but neither side could make their opportunities count. Hence, the biggest talking point was Pepe’s red card, after he headbutted Ezgjan Alioski.

The incident took place early in the second half, and Arteta conceded that it changed their plans for the game.

He told Sky Sports: “Considering how early we got Pepe sent off we have to take it.

“I never like a draw but in the circumstances it’s a point. It is unacceptable.

“The first half there were two different periods. The game broke a bit, we started to give the ball away and led to them having the space to break.

“The second half it was a matter of defending well and staying patient and using the pace of our players in the space they were leaving.”

Arteta continued by praising those players who did remain on the pitch for the way they reacted to Pepe’s dismissal – even if it was always going to be hard with 10 men.

He added: “With 10 men it is a big disadvantage. I really liked the personality of the team when Pepe let the team down, how we stuck to do what we had to do and had a moment or two to win the game, but obviously it makes it really difficult.”

Arsenal could have nicked it late on, though, as Bukayo Saka had a big chance after being set up by Hector Bellerin. As he tried to go round Illan Meslier, though, the Leeds keeper managed to get a touch.

Arteta said it was the biggest chance, but accepted that Leeds had more opportunities to score.

He said: “It was the best chance in the game, I thought the keeper did well. The reality is they threatened a lot our box and we were lucky on some occasions.”

Sun Nov 22 , 2020
Birthday wishes have poured in for the former Nigeria international from the national football governing body and his appreciative supporters The Nigeria Football Federation (NFF), Everton and fans have taken to social media to celebrate with Yakubu Aiyegbeni on his birthday.    The centre-forward, who is also known as ‘the […] 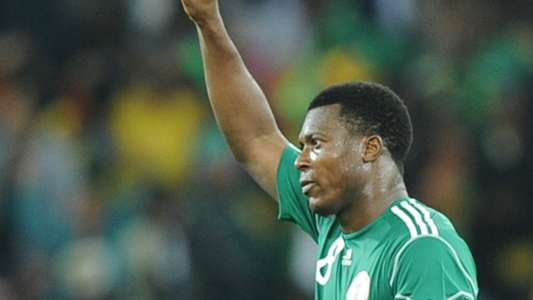