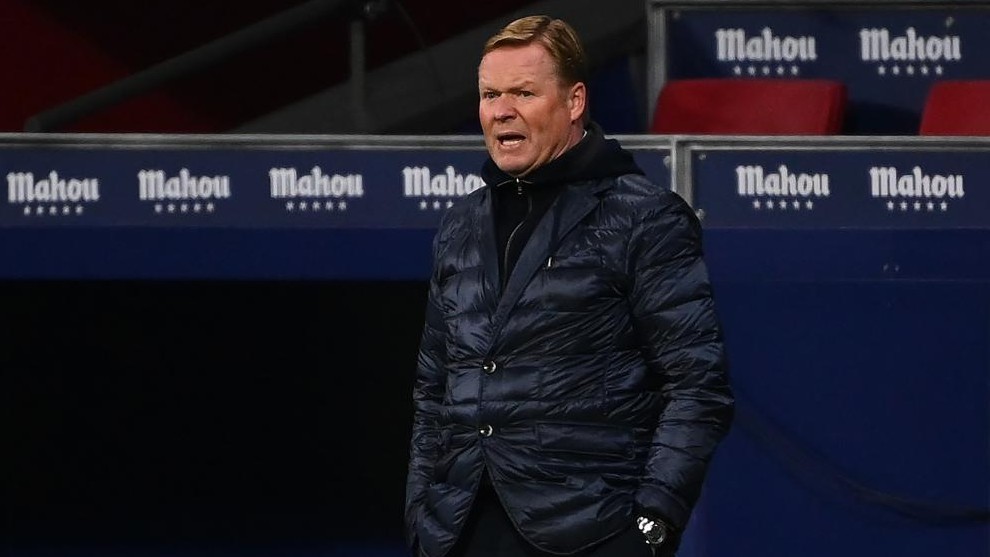 Barcelona lost 1-0 away to Atletico Madrid on Saturday night, with Marc-Andre ter Stegen making a rare mistake which allowed Yannick Carrasco to score, and Ronald Koeman expressed his frustration afterwards. It seemed that the two sides were about to go into the half-time break with the scores level, but Carrasco was able to capitalise on the German’s mistake to give Los Rojiblancos a 1-0 lead that they would hold on to.

“We played well in the first half, but a team like Barcelona cannot concede a goal in the 47th minute like we did,” Koeman stated in his post-match interview. There was a moment of panic for Barcelona as Gerard Pique went off injured around the hour mark, and Koeman is fearful that the injuries to the centre-back and Sergi Roberto could be serious.

We played well in the first half, but a team like Barcelona cannot concede a goal in the 47th minute like we did,”

“I’m worried like any coach,” he said. “There are a lot of injuries these days because of the schedule we have. “I will wait until tomorrow to see how the two players [Pique and Sergi Roberto] are doing; I don’t know if they will be out for a while. I haven’t spoken to the doctor yet.” When pressed on Barcelona’s performance, the Dutchman lamented two chances that his players missed.

We must improve in attack and defence. We know that we need to go on a run of winning matches.”

“The players are working well, but we want better results,” Koeman noted. “In principle we have done our best. “Then we had two very clear chances to equalise. It’s always difficult, we know that Atletico defend very well. The goal [we conceded] was our fault; it’s not good and it can’t happen.”

Barcelona have picked up just 11 points from a possible 24, which Koeman accepts is not good enough. “Like any coach I am responsible,” he recognised. “We know that we have to improve the results and we have to trust the players I have. “We must improve in attack and defence. We know that we need to go on a run of winning matches.”

Atltico de Madrid vs Barcelona: The worst Barcelona in 25 years

Sun Nov 22 , 2020
Atltico de Madrid vs Barcelona Eleven points from eight games Messi. EFE Barcelona haven’t got started in LaLiga Santander this season. Ronald Koeman’s time on the bench couldn’t have had a worse beginning, and that only worsened at the Estadio Wanda Metropolitano on Saturday evening as they lost again. The Catalans […] 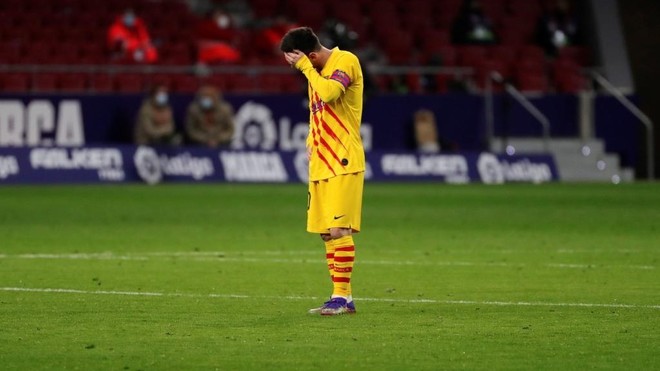