Gareth Bale could make his second Tottenham debut in their derby game against West Ham on 18th October after making significant progress in his comeback from a knee injury.

Bale re-signed for Spurs last month after finally departing Real Madrid. The Welshman endured a difficult final few years with the Spanish side, often being benched or left out of the squad completely while also having a fractured relationship with both the club and the fans.

He came close to leaving on a number of occasions, with a switch to China looking almost done at one stage, but failed to get a deal over the line.

However, he did manage to secure a move away for the 2020/21 season, joining Spurs on a year-long loan.

Bale hasn’t yet managed to get onto the pitch since returning to the North London club though, with an injury suffered on international duty keeping him on the sidelines.

It has previously been claimed that the knee problem could keep him out until late November. But a story in the Telegraph, cited in the Mirror, now states he could be back much sooner than that.

It says that Bale has made a ‘breakthrough in training’ that will now puts him in contention to take on the Hammers in just nine days time.

Should he be able to prove his fitness to Jose Mourinho, he could make his first appearance in a Tottenham shirt since scoring the decisive goal in a 1-0 win over Sunderland in the final game of the 2012/13 Premier League season.

Elsewhere, Kyle Walker has jumped to the defence of Bale following criticism of his Real Madrid career.

Despite winning everything available with ‘Los Blancos’, his time in Madrid is often deemed a failure due to how it ended.

But Walker insists Bale was harshly judged during his time in Spain and didn’t deserve the bad press he received.

Fri Oct 9 , 2020
The 35-year-old has not played since March and opted not to join the team for its training camp in Denver this month U.S. women’s national team head coach Vlatko Andonovski has said he still has Megan Rapinoe in his plans despite the winger’s extended absence from the field.  Rapinoe was not on […] 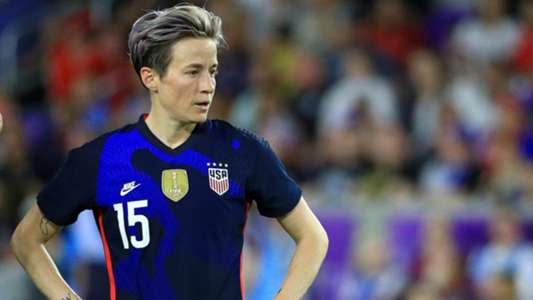