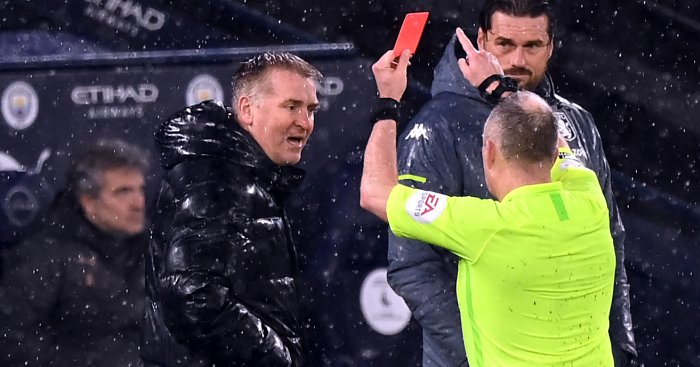 Aston Villa manager Dean Smith has been charged by the Football Association following the red card he received against Manchester City on Wednesday.

Referee Jon Moss sent Smith to the stands in the latter stages of the game at the Etihad. Smith saw red after he remonstrated with the match official following Bernardo Silva’s 79th-minute opener.

“It is alleged that the manager used abusive and/or insulting language towards a match official during the 81st minute.

The Villa boss was furious after City midfielder Rodri appeared to run back from an offside position to dispossess Tyrone Mings and set up Silva for the breakthrough goal.

Smith revealed he was shown a yellow card by Moss for asking fourth official David Coote “if he got juggling balls for Christmas”.

This was swiftly followed by a red card for something else said by the Villa boss.

Smith said: “It wasn’t swear words. He (Moss) came over and said he was interpreting the laws of the game. I said, ‘Well you should have done that earlier in the game’.

“I think I got treated rather unfairly. I’ve heard a lot of worse things said to Jonathan Moss before and he’s not dealt with it like that. It looks like he couldn’t wait to give me a yellow and then a red.”

Smith could find himself handed a touchline ban and a fine following the charge.

Villa, meanwhile, have been told they remain in with a very good chance of signing Morgan Sanson, despite seeing their opening offer flatly rejected. 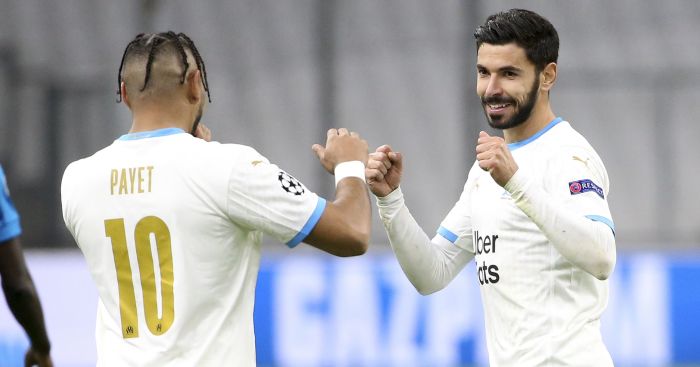 The 26-year-old Marseille midfielder has been on Villa’s radar for some time. Having watched him since their promotion in 2019, Smith’s side made their move this week.

Villa are looking to add to their midfield after allowing Conor Hourihane depart for Swansea.

However, Villa reportedly saw an initial bid of €13m, plus €3m in bonuses, rejected by the Ligue 1 club.

According to TF1 journalist Julien Maynard, though, Villa remain hopeful of a deal. Indeed, Maynard claims that Villa and OM are continuing talks through Thursday to try and find some common ground.

For news of what Marseille are demanding, read more here…