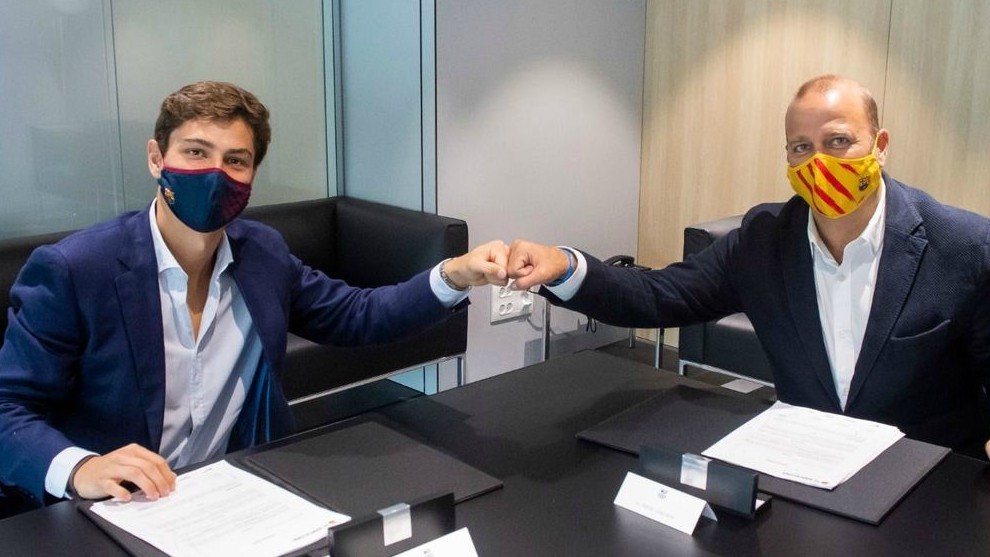 Barcelona and Atletico Madrid have come to an agreement for the loan of Colombian right-back Andres Solano, who joins the Catalan side.

The 22-year-old defender will join the Barcelona B squad in a loan deal which includes an option to make the deal permanent.

He put pen to paper in Barcelona alongside Xavi Vilajoana, the director responsible for Barcelona B.

Having joined Atletico six years ago at the age of 16, he played for the Under 19s team last season, having previously made his first team debut against Leganes in 2019.

Jimmy Butler on expectations for Game 2 vs. Lakers

Fri Oct 2 , 2020
Photo: espn.com The Miami Heat star forward Jimmy Butler sits down with ESPN’s Rachel Nichols to discuss losing Game 1 to the West’s top-seeded Los Angeles Lakers in the 2020 NBA Finals, the Heat’s injuries as they head into Game 2 and weighs in on expectations for the rest of […]