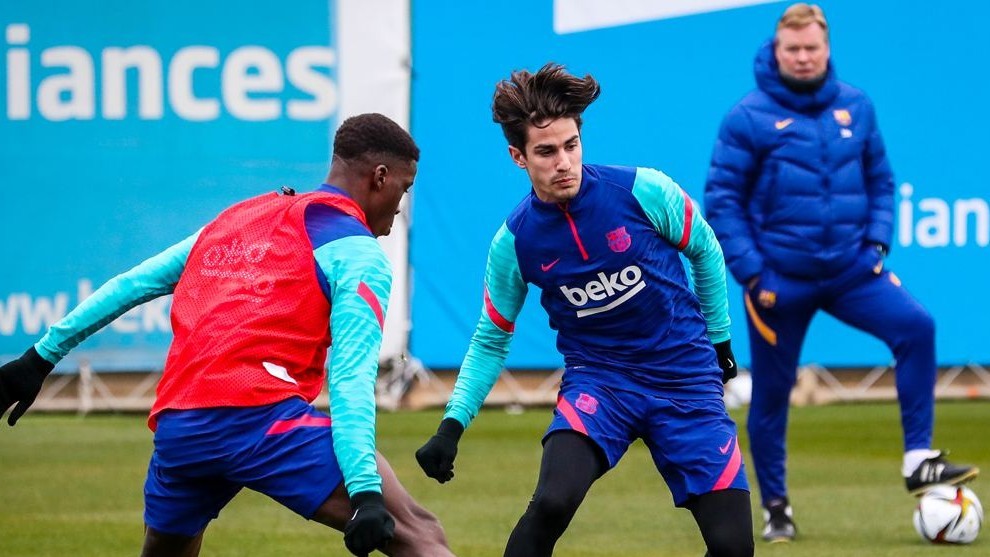 Barcelona For the match at Cornella

Ronald Koeman has named his squad for Barcelona’s Thursday night Copa del Rey match away at Cornella and he has called up several youth team players.

Ilaix Moriba, Konrad de la Fuente and Alex Collado all make the list and could feature in the match against the Segunda B side.

Six youth team players can be used in a Copa del Rey match, although only four can be on the pitch together at the same time.