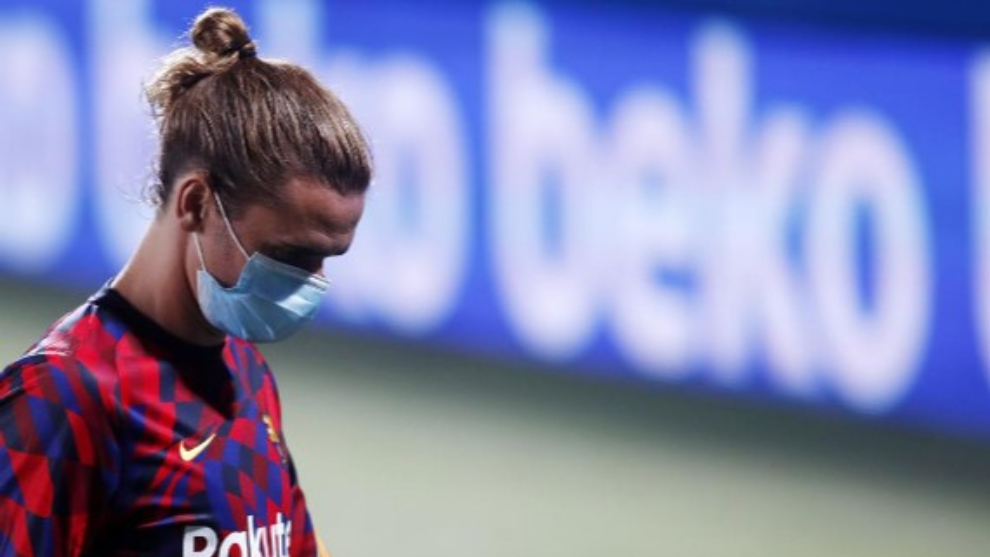 The case of Antoine Griezmann and Lionel Messi is showing the leaks in this theory. The best players do understand each other – as long as they don’t play in the same position. In other words: you have to be bad in the head to spend 120 million euros to sign a player whilst already having the best player in the world in your squad in that same position. When the personal gains of the president override the warnings of the sporting department, you get a situation like what is happening to Griezmann since he arrived at Barcelona. His performances have dipped considerably, as you’d expect from someone playing out of position the whole time because one of the best players in the world already fills it.

Last season was not easy for Griezmann at Barcelona, and this season it’s gone from bad to worse. Aside from his acceptable individual numbers (15 goals and four assists in 48 games), the lack of connection with Messi and Luis Suarez and his position out on the wing gives you the feeling that Griezmann is being wasted. His game has suffered and is now lifeless. This season, one of the great stars of France’s World Cup-winning side still has the tendency to go missing in games, wasting his talent in a position that isn’t his own, no matter how much effort he puts in.

In this context, you have to understand what has happened this week between Griezmann, Ronald Koeman and France boss Didier Deschamps. After another quiet game from Griezmann against Sevilla, during which he missed two clear chances and his team dropped their first points of the season, Koeman was critical of his below-par performance. These words didn’t make any sense to the player, who has let the club know about his discontent. From France, Deschamps waded in on the debate: “Griezmann isn’t happy with his situation. If he spoke out about it, Koeman wouldn’t be happy to hear [it]. They’re using him in a position on the right wing, which isn’t Koeman’s fault because he’d already said that he didn’t understand why he didn’t play down the middle for Barcelona. But, with the players at his disposal, he has to adapt forcibly.”

Griezmann remains silent, but it will be difficult for him to put up with another year on the wing. There were already movements at the end of last season, before Messi’s transfer request, to sound out a possible exit. However, although Suarez’s departure seemed to have solved the problem, if Koeman keeps playing Griezmann out of his ideal position – a second striker – then his form will never be what it was at Atletico Madrid. Therefore, everything points to either Messi or Griezmann leaving Barcelona next summer. They’re incompatible. Only Josep Maria Bartomeu wasn’t able to see that.

Fri Oct 9 , 2020
Date published: Friday 9th October 2020 2:33 Former Manchester United winger Memphis Depay has revealed why his proposed summer switch to Barcelona fell through. The Lyon forward agreed personal terms with the LaLiga giants but a deal was not reached between the two clubs before Monday’s deadline. “It was pretty […]