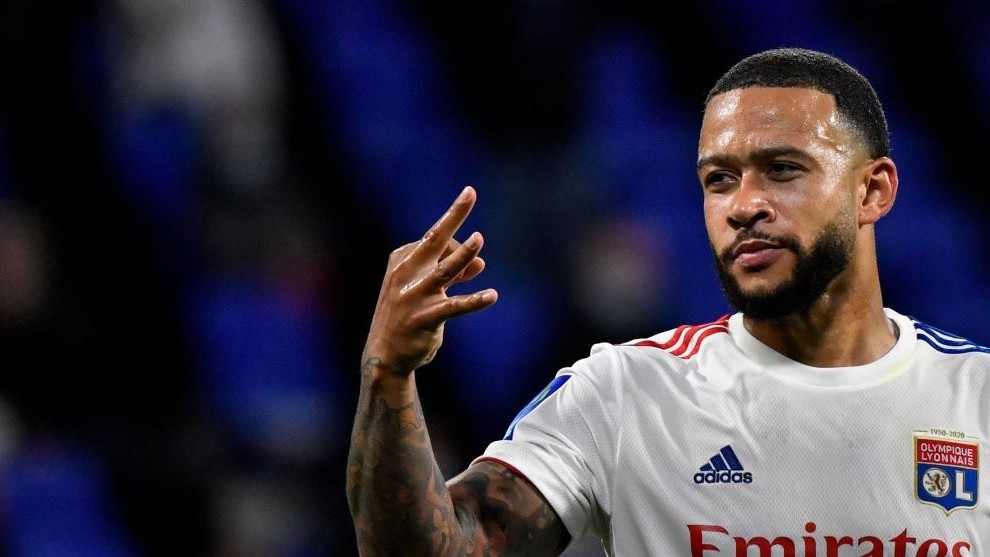 The Dutch forward has been linked with a move to Barcelona this window, which closes on Monday.

“He has 12 months left on his contract, so…” Juninho told Telefoot on Sunday.

“He has a contract [agreed] with Barcelona, we’re not hiding from that.

“It’s possible that Memphis signs for Barcelona tomorrow [Monday], but that’s not certain.

“He’s the most likely player to leave.

On Sunday, Depay was left on the bench for Lyon’s 1-1 draw with Marseille in Ligue 1.

“Memphis didn’t play because of his fitness and also because of what could happen tomorrow,” Lyon boss Rudi Garcia explained.

Lyon value Depay at 15 million euros, with his price tag considerably lower because of his contract situation.

The big problem for the Dutch international is that Barcelona don’t have the money to pay that sort of sum without selling a player first.

As a result, Ousmane Dembele’s future is up in the air because he’s not clearly in Ronald Koeman’s plans for the season.

The winger was left on the bench as Barcelona drew 1-1 with Sevilla on Sunday night, with Francisco Trincao and Pedri among the substitutes to play ahead of him.

Meanwhile, Koeman personally recommended to the Catalan club that they sign Depay this summer.

The pair have worked together in the last two years at the Dutch national team, with Depay a settled member of the squad during that time.

Barcelona are also looking into the possibility of signing Eric Garcia from Manchester City before the transfer window closes.

At the moment the two clubs aren’t close to reaching an agreement for the defender, who has just one year left on his contract at the Etihad Stadium.