Barcelona Likely to leave next summer for free 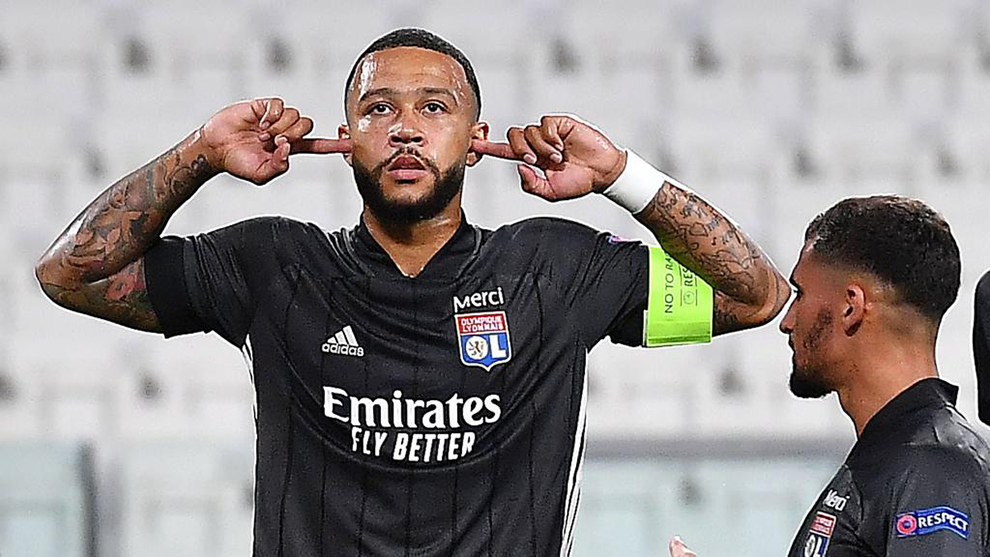 Lyon president Jean-Michel Aulas has revealed his frustration at not being able to agree Memphis Depay’s departure from the club this summer.

The forward had looked set to join Barcelona, who had made the Dutch forward their number one transfer target.

But that was contingent on the Blaugrana finding a buyer for Ousmane Dembele, which would have freed up space on the club’s payroll.

With that not happening, Depay was unable to join and he will likely see out his contract with Lyon before leaving on a free next summer.

“It wasn’t the best outcome for us,” Aulas said.

“We tried everything to try and renew his deal, working through a number of different proposals.

“I hope from here on, he will do his best for us – I believe he will.”

The saga had rumbled on and on during the summer and at times it had looked likely that Depay would once again link up with his now ex-national team coach Ronald Koeman, who took over from Quique Setien at Barcelona in August.

Koeman had overseen the departure of Luis Suarez from Catalonia, and with the Uruguayan leaving a vacuum at the Camp Nou in terms of goals, Depay could have been a solution to ease the burden on Lionel Messi.

Instead he will have to rely on the likes of Antoine Griezmann – who has only scored twice in LaLiga Santander since December 21 – to step up.

For Lyon’s part, it’s not been a strong start to their domestic season.

Rudi Garcia’s side lie 14th in Ligue 1, with just one win from their first six games.

With games against high-flying Lille and Monaco to come, they will need Depay to rediscover his scoring boots, as he has just one goal in five games since his hat-trick in Lyon’s first league fixture of the season.

Metta Sandiford-Artest: "This NBA final is absolutely the toughest finals in the history of any sport"

Wed Oct 7 , 2020
Photo: Douglas P. DeFelice/Getty Images Ex-NBA champion with the Los Angeles Lakers, Metta Sandiford-Artest (previously known as Metta World Peace and Ron Artest), named this year’s NBA finals as one of the most challenging in the history of any sport. Just after Game 4, where the Lakers won over the Miami […]