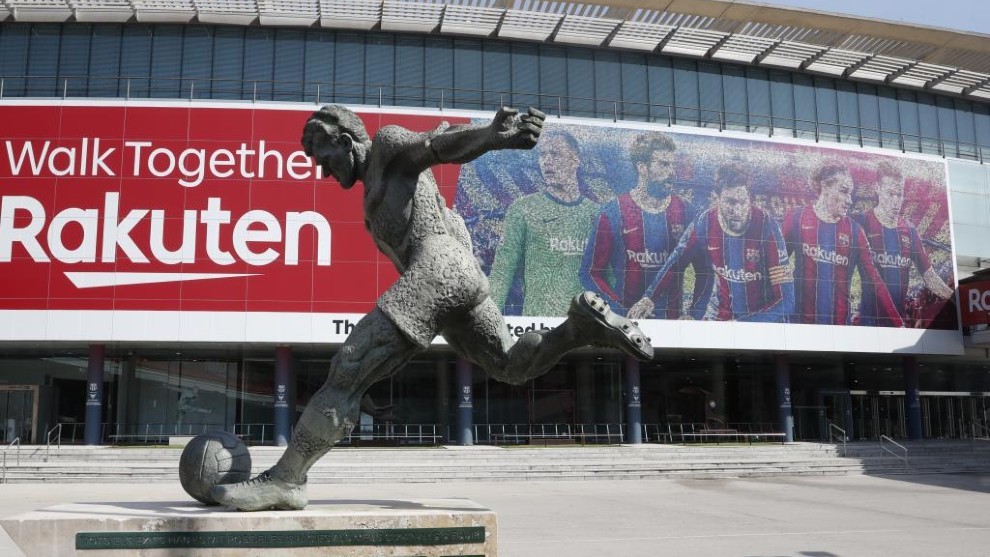 In the past few seasons, some of the Barcelona first-team players have been selected to feature on a huge vinyl banner – 47.7 m x 9.6m – that hangs on the Camp Nou wall.

The players selected has changed from 2019/20 into 2020/21 and the five selected for the upcoming year are Lionel Messi, Gerard Pique, Frenkie de Jong, Marc-Andre ter Stegen and Antoine Griezmann.

This banner is being called ‘The Big Picture’ and has been organised in partnership with the club’s sponsor Rakuten, who explain that the mosaic is bigger than 32 15-passenger vans stacked four vans high and eight deep.

If looking closely, you can see that the images are made up of 46,000 crowdsourced fan photos that have been arranged to create this mosaic of the five first-team players.

“This is a way to bring Barcelona’s global fanbase to the club’s iconic home ground during a time when many fans are unable to attend professional sporting events in person.

“By combining technology and a passion for sports we can transcend borders and barriers in truly amazing ways.”

Thiem Powers Past Ruud Under Roof At Roland Garros

Fri Oct 2 , 2020
Dominic Thiem extended his winning streak to 10 matches on Friday with an often grueling 6-4, 6-3, 6-1 victory over No. 28 seed Casper Ruud of Norway at Roland Garros. Third seed Thiem, who captured his first Grand Slam championship title at the US Open (d. Zverev) earlier this month, […]