Barcelona dropped points for the first time under new boss Ronald Koeman as they were held by Sevilla at Camp Nou.

Barcelona had to settle for a 1-1 draw with Sevilla despite Philippe Coutinho quickly cancelling out Luuk de Jong’s early opener in Sunday’s LaLiga clash.

The two sides entered the match with 100 per cent records from their opening two league matches this term, and there was little to separate them at Camp Nou.

Sevilla opened the scoring inside eight minutes when De Jong thumped the ball past Neto – the first goal Barca have conceded this season – but Coutinho profited from Jesus Navas’ error 105 seconds later to level things up.

Ronald Koeman’s men were put under a lot of pressure in the second half and survived a scare as Ronald Araujo hit his own crossbar, but in the end the contest finished level.

Sevilla, now winless in 18 LaLiga trips to Barcelona, had gone ahead through De Jong’s strike after Suso’s left-sided cross was headed down into the forward’s path.

Coutinho responded instantly for Barca with a simple finish after Navas inadvertently set him up, having attempted to cut out Lionel Messi’s pass to Jordi Alba.

Antoine Griezmann prodded wide from a promising opportunity and Ansu Fati, beaten too easily in the build-up to the visitors’ opener, tested Yassine Bounou from further out.

After Diego Carlos nearly scored an own goal, Araujo – filling in for the suspended Clement Lenglet in defence – did likewise at the other end, diverting a low cross against the bar.

Jules Kounde twice sent headers wide and Youssef En-Nesyri perhaps could have done better with a headed opportunity of his own, as Sevilla looked for the rarest of wins in this fixture.

The hosts also had a late chance, yet Trincao, brought on in place of Griezmann, was unable to get the better of Bounou when racing through on goal.

5 – Sergino Dest has become the fifth American player 🇺🇸 to play in LaLiga, after Kasey Keller (51), Jozy Altidore (9), Shaquell Moore (6) and Oguchi Onyewu (2), and the first to do so for Barcelona. Debut. pic.twitter.com/QLvr0Z87GL

What does it mean? Winning runs come to an end

Barcelona beat Villarreal and Celta Vigo without conceding in their first two matches of the Koeman era, though this was always going to be their toughest test yet.

That proved to be the case, with an in-form Sevilla – unbeaten inside 90 minutes since February – holding their own in terms of possession and edging the shot count (13 to 12).

Kounde involved at both ends

It is easy to see why the Sevilla defender is so highly coveted by teams around Europe.

He completed more passes (77) than any player on the pitch and did not concede a single foul. Perhaps more impressively, considering Messi was on the field, nobody bettered his three attempts.

The versatile full-back claimed an assist in Sevilla’s first two league games and he set up another goal here – albeit for the opposition.

At full stretch in an attempt to intercept a searching Messi pass towards Alba, Jesus knocked the ball into Coutinho’s path and the Barca playmaker had an easy finish.

Key Opta facts
– Sevilla have equalled their longest run without an away defeat in LaLiga (W4 D5), recorded under Unai Emery between March and September 2015 (nine – W5 D4).
– Luuk de Jong is the only player to score against Barcelona, Real Madrid and Atletico Madrid in LaLiga in 2020, all in away fixtures too.
– Philippe Coutinho has been involved in three goals in his last three appearances in LaLiga (1 goal, 2 assists), as many as he did in his previous 24 matches for Barcelona in all competitions.
– Barca have not lost in 26 of their last 27 LaLiga games against Sevilla (W19 D7). The only Sevilla win in this time was in October 2015 (2-1).
– Sevilla attempted 13 shots against Barcelona (one on target), the most by an away side in a LaLiga game against Barcelona at Camp Nou in 2020.

Barcelona travel to Getafe in their first LaLiga game back after the international break, while Sevilla are away to Granada.

Sun Oct 4 , 2020
The Reds centre-back believes it’s important for the club not to let the loss drive them crazy but is eager to see a positive response Liverpool defender Virgil van Dijk has called for calm after seeing his side suffer a humiliating 7-2 defeat at the hands of Aston Villa in […] 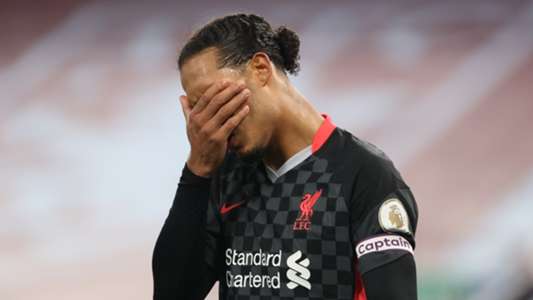