Just over a month after hinting of interference in his job, the Englishman is facing action from the club

Baroka FC coach Dylan Kerr has been suspended by the club for alleged insubordination.

The suspension comes just over a month after the coach hinted that he was not freely performing his duties due to interference by the club chiefs.

He made the remarks after Baroka beat Mamelodi Sundowns 1-0 during the Premier Soccer League bio-bubble in a result that contributed to their survival from relegation.

“I know my job. I know my job because I have studied it for 30 odd years as a player and a coach and if people leave me alone to do my job‚ I’ll make this club a success. And unfortunately, ‚ I should be happy with this result but inside I’m really‚ really angry,” Kerr said on SuperSport TV at the end of August.

But club marketing manager Richard Mashabane said Kerr refused to take instructions from Baroka chairman Khurishi Mphahlele during a recent meeting in which he is alleged to have accused his bosses of meddling into his work.

The Englishman is now set to appear before a disciplinary hearing after he “disrespected everybody at the club.”

“The chairman was not interfering but advising him,” said Mashabane as per Sun Sport.

“It’s not like the chairman told him who to play and who not. It’s something like ‘it’s pre-season, what do you think about this?’ I was part of the meeting where the chairman tried to advice Kerr on certain technical matters and he burst into anger.

“It’s the chairman’s club and surely he has a say in the running of the club, whether technical or otherwise. He started telling us the way he has 30 years experience in football and none of us could tell him anything.

“He was referring to his Fifa accredited qualifications and boasted that none of his helpers are qualified, and they are clueless. How do you tell your colleagues that you work with daily that they are not educated? He was referring this to our goalkeepers coach and others on the technical bench. That is wrong.”

Assistant coach Matsemela Thoka is currently in charge of the first team during Kerr’s suspension.

The former Black Leopards coach said he will not, at the moment, respond to the allegations he is facing.

“Let me get my head around… this is not easy, but I will not make any comments now, but you will soon know what is happening,” said Kerr.

Mon Oct 5 , 2020
The defender rejoins the Serie A side after spending last season on loan with the club Chris Smalling has completed his move to Roma after the Italian side came to terms on a deal with Manchester United late on Monday, the Premier League club announced. The two sides had been […] 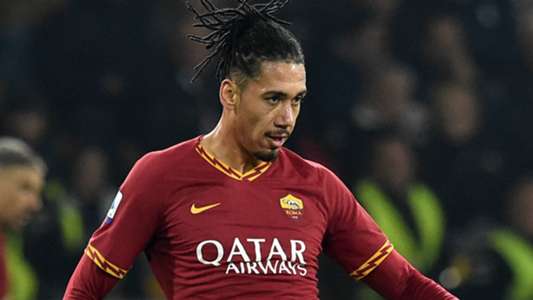