Marcelo Bielsa was left “frustrated” that Leeds could not beat Arsenal, after they were held to a goalless draw.

Leeds were looking to bounce back from consecutive defeats before the international break. They will feel they should have won this one, after managing 25 shots in comparison to Arsenal’s nine.

However, only four of Leeds’ shots were on target, as they also hit the woodwork three times.

Hence, they were unable to break the deadlock – even after their opponents went down to 10 men early in the second half when Nicolas Pepe saw red.

Bielsa admitted that Leeds were frustrated that their three modes of attack did not lead to three points.

“We are frustrated as we could have won the game,” he told BBC Sport. “We tried to create danger in different ways, through the wings, long distance and in a smaller sense through balls through the middle.

“In these three ways we were able to create danger but not able to convert.”

Bielsa gave a first Premier League start to summer signing Raphinha, who was one of the players to hit the post. His manager was pleased with how he played, but thinks he is capable of more.

“It was a positive performance but not enough to shine,” said Bielsa. “He contributed to help the offence performance of the team.”

Bielsa was also able to welcome back Kalvin Phillips, handing the midfielder a start upon his recovery from injury. After he completed 90 minutes, Bielsa highlighted his importance.

“In the first half he was very important as he had to defend,” he said. “In the second he distributed well and acted as the equilibrium as the team with less defensive work.”

FC Barcelona - La Liga: Tagliafico: How can Messi be so great yet so normal?

Sun Nov 22 , 2020
FC Barcelona – La Liga Expressed admiration for his compatriot Nicolas Tagliafico and Leo Messi. Ajax left-back Nicolas Tagliafico has waxed lyrical about Barcelona star and compatriot Lionel Messi, who he believes people should enjoy while he is still playing. The two players now play together for Argentina, and the Ajax […] 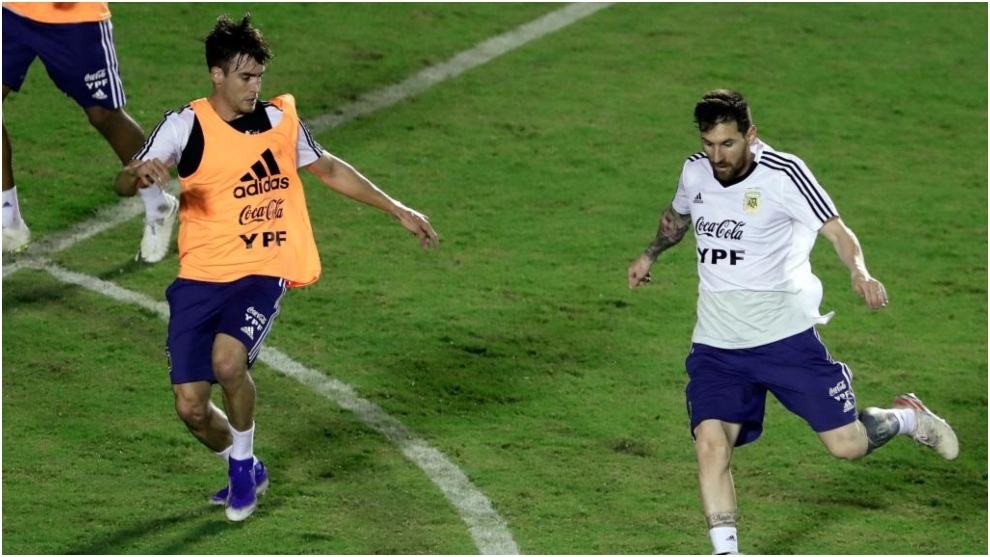