Marcelo Bielsa is adamant Leeds have improved defensively, and insist their leaky record in the Premier League has been a consequence of their commitment to attack.

Leeds have conceded more goals than any other side bar West Brom in the top flight this season. But rather than condemn his side and admit there is an issue, Bielsa has instead pointed to his side’s improvements.

Indeed, Bielsa has offered a detailed explanation ahead of Sunday’s home game against Arsenal.

“We have conceded 17 goals. The team who has conceded the least has conceded nine goals,” said Bielsa during a forensic analysis of his side’s first eight matches.

“You can’t analyse a team’s defensive form unless you analyse the offensive performance. To say this in another manner, it is very easy to defend well if you decide not to attack.”

Leeds appear to have come unstuck after their impressive start to life back in the big time as successive 4-1 defeats to Leicester and Crystal Palace. That has seen them slip to 15th place in the table.

But Bielsa indicated that rather than compromise his footballing philosophy, his side would be focusing on converting more of their own chances.

“One of the conclusions which comes from the observation, is that Leeds and Liverpool are the teams that create the most danger in the league,” he said.

“Or Leeds are in the top three (of those) who create the most danger in the criteria that we analysed.

“We have an important amount of goals, which situate us in the middle of the table. I’m saying that we create danger, but when you create danger you need efficiency and accuracy.”

The Argentinian said he was satisfied that conceding goals from free-kicks, crosses into the box, long balls from the opponents’ own half and throw-ins had not been a problem this season.

“From the 17 goals we have conceded there were four penalties, which were doubtful, preventable and that could have been avoided, that are not linked to structural mistakes,” he said.

“We conceded three own goals and one goal which was conditioned by something that was preventable. Through these eight goals it’s impossible to generate conclusions which then have solutions.

“If we hadn’t conceded those eight goals, which are not linked to how solid we have been defensively, we would be the team who has conceded the least goals in the Premier League.”

Bielsa said that the English top flight contained “40 of the best forwards in the world”. He did admit that his side’s defensive system depended heavily on pressing in their opponents’ half.

He added: “I have to make the analysis that I have just commented on. That there are eight goals linked to things which we can’t control, that our offensive style, our offensive game has sometimes consequences which causes us to suffer goals.”

Leeds’ bid for a fourth league win of the season has been boosted by the return of midfield lynchpin Kalvin Phillips against Arsenal.

Phillips has recovered from a shoulder injury. Although Pablo Hernandez has been ruled out due to a minor muscle strain, club record signing Rodrigo is also back in contention.

Atletico Madrid vs Barcelona: Much more than three points

Sat Nov 21 , 2020
Atletico Madrid vs Barcelona A must-win game for Barcelona EFE Atletico Madrid don’t give up. That never-say-die attitude is instilled in them by their leader, Diego Simeone. It has helped them reach the greatest heights of their recent history of late, challenging and winning trophies in Spain and Europe. Barcelona face […] 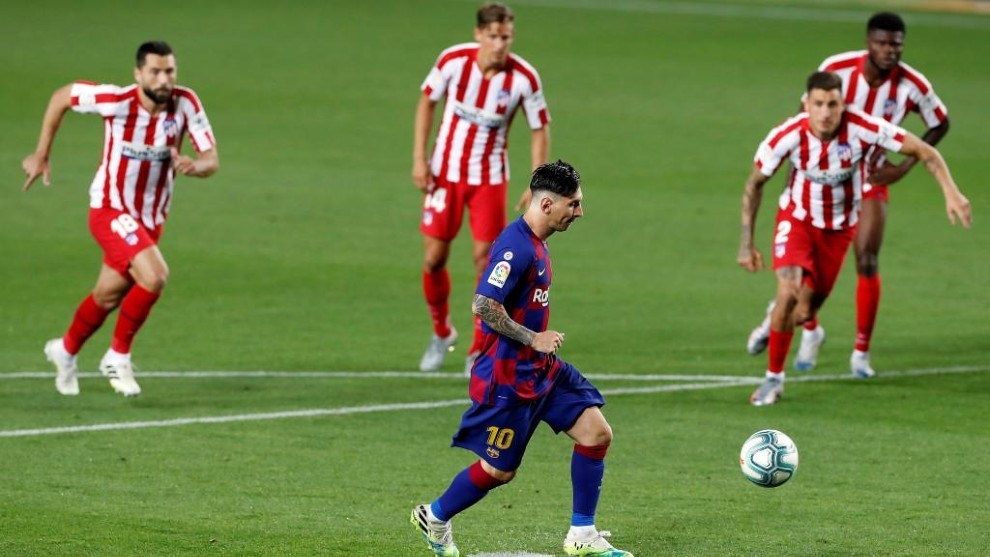