Local derbies, in these plague times, have become slightly muted affairs. The lack of fans has seen previously sharp edges blunted a little, players more amicable without the roar of those on the terraces baying for blood. There is less snap in the tackle, less bite and niggle.

Or at least that has been the case for most such games over the past 10 months.

Yet on Saturday night in Buenos Aires, there was evidence to suggest that the empty stadium effect is not applicable in all situations; that there is one fire, at least, that burns too hot to be extinguished.

River Plate travelled to the Bombonera to take on Boca Juniors and, despite the lack of 50,000 Boca disciples making the concrete terraces tremble, the on-pitch action lived up to the billing.

The pandemic led to Argentine domestic football being halted entirely from March until November, and the way the fixtures fell meant the Superclasico had not been played at all in 2020.

So both teams – and both sets of fans – were champing at the bit for the first game of the new year and the first derby since Boca swiped the title from River’s grasp on the last day of last season.

For Boca’s Colombian midfielder Jorman Campuzano, it was all too much, and the intoxicating effects of the occasion went straight to his head.

Boca took an early lead after a magnificent pass from Emanuel Mas set up Ramon ‘Wanchope’ Abila for the opener, which set them up nicely to defend deep and hit River on the counter. But Campuzano appeared determined to make things as difficult as possible for his team-mates.

With just under half an hour gone, River’s talented winger and Campuzano’s compatriot Jorge Carrascal was advancing up the right when Campuzano came across and, with absolute conviction and faultless aim, thrust a pointy elbow straight into Carrascal’s Adam’s apple.

In most games in world football that would be enough for a straight red, but in the Superclasico there is always a little leeway, a derby discount on the severity of punishment, especially for the home side. The ref, much to the disgust of Carrascal’s team-mates, brandished a yellow.

Having stayed on the pitch, Campuzano decided his work was not done. Twelve minutes into the second half, he saw another opportunity to remove a River player’s head from his shoulders.

As Matias Suarez flicked a ball away, Campuzano came through and applied a forearm smash straight from the WWE instruction manual.

The ref could quite easily have applied a straight red, but again reached for the yellow. The result, though, was the same. Boca were down to 10.

The man advantage finally saw River find the space they had been looking for, and within 20 minutes of Campuzano’s dismissal the visitors were ahead through goals from Federico Girotti and Rafael Santos Borre.

Fortunately for Campuzano, River midfielder Enzo Perez also managed to get himself sent off for a second yellow and Boca clawed the game back, Sebastian Villa levelling with a lovely dink four minutes from time.

Campuzano will miss Boca’s next game in the Copa Diego Armando Maradona, the short-form tournament that has been cooked up to replace this year’s Argentinian league.

But neither side will be particularly worried about their next domestic match. This week and next, they both face Copa Libertadores semi-finals, Boca against Santos and River against Palmeiras.

If they both win, we will be in for another Superclasico continental final at the end of this month, just over two years since the eventful encounter that eventually saw River beating Boca in Real Madrid’s Bernabeu after crowd trouble delayed and displaced the second leg.

Should a repeat of the fixture happen this year, we wouldn’t be too surprised to see Jorman Campuzano take to the pitch in tight, black trunks and open-fingered gloves.

The magic of Marcelo Gallardo: Loved by Pep, Barca links, so why still River?

Can you name the Premier League’s top 15 Argentinian goalscorers?

USA: Nikole Mitchell left the church to earn 100,000 dollars a month as an exotic dancer

Mon Jan 4 , 2021
USA Has 120,000 followers Instagram (@mitchellnikole) The year 2017 saw Nikole Mitchell, a protestant vicar in Ohio, leave the church to begin earning a living as an exotic dancer. Now, she earns over 100,000 dollars a month. With her Instagram description labelling her ‘a priest turned stripper’, Mitchell has earned a […] 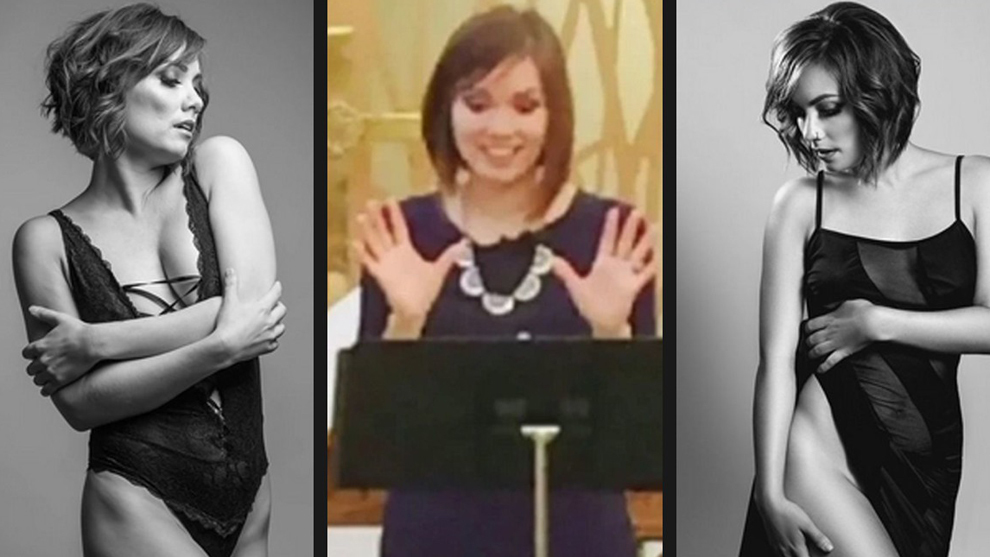