Can Carlos Alcarez become the new Rafael Nadal? The rapidly rising Spanish: at 17 he could be the future of his country. Carlos Alcarez’s star began to shine in Rio de Janeiro. The 17 years-old native of Murcia has in fact become the youngest Spanish tennis player since two thousand and two to win a match on the major Tour.

Juan Carlos Ferrero, who is following his growth, during a chat with the ATP journalist Andrew Eichenholz tried to take stock of the situation. He said: “By now he’s used to facing people older than him. He is improving a lot physically.

How did this come about? When I learned that there was this 14-year-old who was playing very well and who had just scored a point, I drove to Murcia to see him. His agent is the same as Carreno and Carreno trains here in our Academy, consequently it was very easy to establish a relationship with him and it was just as easy to get him into our Team.”

And who has never seen him play? Ferrero obviously has the answer: “If I had to compare him to someone, I’d say he has something of Djokovic or maybe Federer. Aggressive players from the baseline who know how to go to the net.

Carlos is not only strong on clay. He loves competing on hardcourt and also knows how to move on grass. He did it last year and had a lot of fun. He has to improve, but to be sixteen he also serves very well.” After getting burned with Carlos Boluda, who is sailing in the rear of the ranking today, Spain has obviously placed all expectations on the New-Nadal.

“It will be difficult for him to stay calm, but he has a great team around.”

In a radio interview, he feels calm and mature for his age. To the other usual question about his future goals, he replies: “Well, next year I will try to play some ITF under 18, and also some major category tournaments, to see how I like it …

still objectives defined. I want to become number one in the world.” The impression is that he is growing up in a healthy and sensible environment, aware of the enormous dangers that the excessive pressure of being seen as a future champion, or even as Nadal’s heir, entails for a child.

For the moment he trains in Murcia, in the Real Sociedad Club de Campo, followed by the coach Kiko Navarro, and who knows if in the future he will be tempted, like many Spanish players, by the sirens of some Catalan academy.

Too early to say and to speculate on the long term, as he puts it. The fabric, the physique, the technique and the determination are there, and how they are. Alcarez then got some impressive results after the resumption of tournaments after the long hiatus due to the global pandemic of Covid-19.

He won his first ATP Challenger tournament in Trieste, starting from the qualifiers, a result almost repeated the following week when he was defeated in the final in Cordenons by Bernabe Zapata Miralles managing to climb almost 130 positions in the ATP ranking in less than a month.

In October, Spaniard won their second and third Challenger of the season in Barcelona and Alicante in sequence, approaching the top 100 entry. Despite the juxtaposition with Rafael Nadal, his tennis seems more similar to that of Novak Djokovic. Mature, precise, essential, at times robotic. These are all positive signs for a bright future.

Mon Nov 23 , 2020
The Brazilian attacker has struggled to find the back of the net at times but was rewarded at the death against the Foxes Jurgen Klopp praised Roberto Firmino for a “super game” after Liverpool’s 3-0 win over Leicester City in the Premier League. Firmino headed in the sealer at Anfield […] 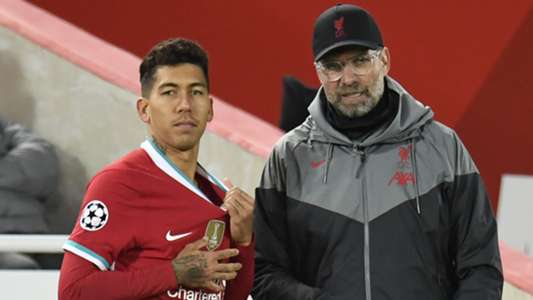