Edinson Cavani will score “lots of goals”, but Manchester United have made a mistake by not signing a new centre-back, according to Dimitar Berbatov.

Another €10m was spent on Uruguayan wonderkid Facundo Pellistri, while a €41m (£37m/$48m) agreement was also put in place with Atalanta which will see Amad Traore become a Red Devil in January.

Ole Gunnar Solskjaer did not, however, deem it necessary to invest in a new centre-half, despite seeing his side concede 11 goals in their first three Premier League matches of the new season.

The Norwegian insisted he had enough quality at his disposal in the heart of the defence following a fortunate 3-2 win at Brighton on September 26, but United followed up that result with a shocking display against Tottenham on Sunday.

Harry Maguire and Eric Bailly were both guilty of several basic errors as Spurs ran out 6-1 winners at Old Trafford, leaving the Red Devils languishing down in 16th in the Premier League standings.

Despite that performance, Telles was the only new defender to make his way to Manchester on Monday, while Chris Smalling completed a €15m (£14m/$18m) move to Roma after a successful loan spell at Stadio Olimpico last season.

Berbatov thinks Smalling could still have been a useful asset for Solskjaer, and although he is confident that Cavani will add a new dimension to United’s attack, he has questioned the club’s decision not to bring in some fresh blood at the back.

“The disappointment amongst United fans will be deeper now than it was in recent weeks even,” the ex-United striker told Betfair. “I see they picked up Cavani and Telles, and now the window is closed without signing a centre-back.

“I have said for weeks that I think they need a centre-back, and this is a show from Ole that he trusts the guys he has there already, but I feel like they should have signed someone.

“I wonder if they really should have kept even Chris Smalling, who has had a fabulous time at Roma, but often when you loan a player, it is a sign that they are done anyway.

“I am a huge fan of Cavani, however, he brings lots of goals and plenty of experience, and that can only be a benefit. It’s a fair question to ask why maybe United didn’t sign him sooner, but probably they were working at something else that fell through, and he was a brilliant alternative.”

Berbatov went on to express his belief that Cavani can follow in the footsteps of two former cult figures at Old Trafford, and predicted the 33-year-old will enjoy a prominent role in the first team.

“The likes of [Zlatan] Ibrahimovic and Henrik Larsson had huge impacts late in their careers at United, and Cavani can do the same,” he said. “He can be a great help to [Anthony] Martial, [Marcus] Rashford, and [Mason] Greenwood.

“He is sure to have had a good talk with Ole before signing, and while he won’t have demanded to play every game, he isn’t coming to sit on the bench either.

“Some will say this is a panic buy, but with the speculation of players that didn’t sign, it’s clear they wanted an attacking player.

“[Jadon] Sancho may not have worked out, so they get Cavani instead, and he can score goals. The really interesting question is how it affects the young boys, and what this means for [Odion] Ighalo.”

Berbatov added on the addition of Telles: “I don’t know a huge amount about Telles, but it is good to have cover for Luke Shaw, and also Brandon Williams can learn from him. Hopefully, he can get straight into the team and be competitive for a spot.

“To me though, the mistakes seem to come from the centre of defence, and hopefully this vote of confidence from Ole will help those central defenders to improve.”

Rudiger tried everything to leave Chelsea and will try again in the winter, says Germany boss Low

Wed Oct 7 , 2020
The Blues defender did what he could to secure a move elsewhere for more playing time but a transfer did not materialise Chelsea centre-back Antonio Rudiger “tried everything” to leave the club in search of regular playing time, the player’s national team coach has said, with Joachim Low revealing that […] 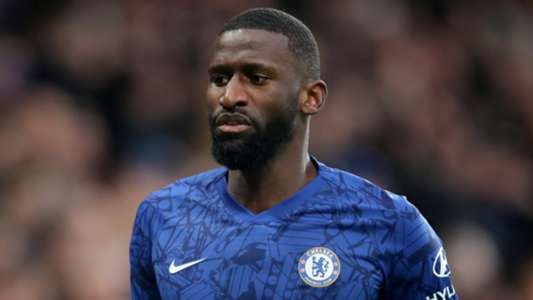