The MLS expansion side has sealed a deal for the former Puskas Award nominee, who joins after being named the A-League’s Young Player of the Year

The 21-year-old midfielder fired 13 goals across 26 appearances for the club, including a goal against Melbourne City in a 4-0 win in the FFA Cup final.

He will join Championship side Birmingham City on loan this season before joining up with Charlotte FC ahead of the club’s 2022 MLS debut.

“I’m so excited to be part of something special with Charlotte FC,” said McGree. “The opportunity to play in a fast-growing league like MLS is perfect for me and I’ll give everything I have to make our fans proud. After speaking with Zoran and learning about the club’s ambitions and goals, I couldn’t be more thrilled to join this team.”

“Riley is a young international player who has already proven to be an impressive goal scorer,” added Charlotte FC sporting director Zoran Krneta.

“We are building our team with young talent that matches the aggressive style of play, and intensity in the game, that our fans will love to watch. Riley is a perfect fit for us, and we are thrilled to secure his signature for Charlotte FC with so many clubs in Europe fighting for him.

“His loan move to Birmingham City in England’s Championship, one of the top competitive soccer leagues in the world, will help Riley get to the top of his game and ready for our start in 2022.”

McGree originally broke through from the Adelaide academy in March 2016, making his debut for the club before scoring two goals in 22 appearances the next season.

His performances earned him a move to Club Brugge in 2017 before being loaned back to the A-League with Newcastle Jets and Melbourne City.

McGree scored five goals in 12 appearances during his half-season with the former, earning a nomination for the Puskas Award for a scorpion kick goal in the A-League semifinals.

He went on to add eight more finishes in 30 appearances with Melbourne City the year after before returning to Adelaide on a three-year deal.

Internationally, McGree has featured for Australia up to the U-23 level, having previously been called up to the senior team in 2017. McGree had been suspended by the national team program last year for breaking curfew while with the U-23s, with that suspension ending in April.

The midfielder was singled out by former Manchester United, Aston Villa and Chelsea goalkeeper Mark Bosnich as one of Australia’s brightest talents in April, with Bosnich adding that McGree may need to head overseas to truly test himself.

He will do so with Charlotte FC, the MLS expansion club that is set to begin play in 2022 after seeing their original start date of 2021 pushed back due to the coronavirus pandemic.

McGree is the club’s second signing following Sergio Ruiz, who is currently on loan with Las Palmas in Spain’s second division.

Charlotte FC was announced as MLS’ 30th expansion franchise in 2019, with Austin FC the next team to join the league after Inter Miami and Nashville SC began play this season.

Austin will be introduced to MLS next season, with Charlotte entering in 2022 and St. Louis City SC and Sacramento joining in 2023.

Mon Oct 5 , 2020
One of the most promising young attackers in world football will link up with his new club in January Manchester United have confirmed the signing of 18-year-old winger Amad Diallo Traore for a deal rising to €41 million (£37m/$48m). The right-sided attacker is expected to join the club in January […] 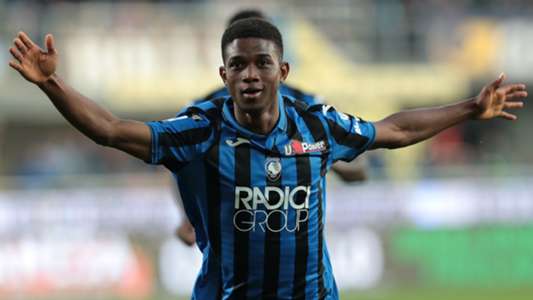