Chelsea striker Olivier Giroud has labelled his current situation at Stamford Bridge “worrying”, adding that he has a decision to make about his future in January.

After coming close to leaving the club this January, the Frenchman opted to stay on under Frank Lampard. His concerns arose following a lack of game time earlier in the season.

But despite his amount of action improving as the season progressed, he now finds himself in an identical position. Indeed, his chances look further limited this time round after Timo Werner’s arrival.

Giroud’s agent has said that he will have to consider his client’s future if the striker’s game time does not improve.

The forward has now issued a similar statement. He told Telefoot: “It’s worrying. I thought I still had a role to play at Chelsea but my playing time is getting reduced a lot.

“It’s going to have to change or a decision must be made.

“I am clear-headed about my situation: I will have to make a decision in January. I hope to make the right one, as I have always done.”

The 31-year-old added that, despite critics labelling his age as a restricting factor compared to his fellow Chelsea strikers, the opposite is in fact true.

“Even if some people talk about my age, I still feel very good physically,” he added. “I have a lot of desire and freshness, and what makes a career last is also the head.

“We would like things to be a little easier, but we grow through adversity.

“And as my buddy [Laurent] Koscielny often says: I am the best when my back is against the wall.”

Last season, Giroud was the subject of serious interest from Tottenham.

Skip forward to the looming winter window of 2021 and reports have suggested that Inter Miami could swoop for the striker.

David Beckham’s new side are reportedly looking for more big-name players to bolster their ranks.

Icardi: An honour to play with Neymar & Mbappe at PSG

Sun Nov 22 , 2020
The Argentina forward claims the aim for the Parisian club is to win the Champions League this season Mauro Icardi has said he feels honoured to play alongside forwards of the stature of Neymar and Kylian Mbappe. Paris Saint-Germain have attacking options that are the envy of the world, with […] 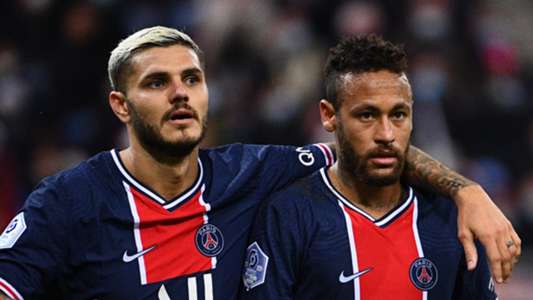