Coach Severin Luthi has said that Roger Federer’s recovery is going fine and underlined that Team Federer won’t rush anything since the Swiss is 39 years old. Federer, who underwent a knee surgery in February, underwent a second knee surgery in June.

“Roger is back on the court every now and then,” coach Luthi tod BLICK. “But the first tournament is still a long way off. Our motto is: Don’t rush things at his age – fitness still has priority!”

Seve Lüthi:“«Roger is back on the court every now and then.

But the first tournament is still a long way off. Our motto is: Don’t rush things at his age – fitness still has priority! ” via @Blickch #federer — Brian🇨🇭 (@camerlengo73_2) October 3, 2020

Federer called it a season in June and said his goal was to return to his top health and hopefully make his return at the beginning of the new season.

“If something is going on in Australia, Roger will be there – that’s the plan,” Luthi confirmed.

1 Novak Djokovic said he, Federer and Rafael Nadal all have one thing in common — all of them want to win as many Grand Slams as possible. “Well, of course in our sport, winning most Grand Slams and being No. 1 for as long as possible are two biggest goals, I would say, professional goals.

I think Roger and Rafa would agree with that,” Djokovic said at the Rome Masters. “You know, we all have our own journeys and our own trajectories and careers that are very unique and very specific, but at the same time, we have this era that we have been playing in together that brings us together.

“I think this is definitely one of the best eras of tennis, and I’m grateful to be part of such era with these two guys. They are incredible champions on and off the court. “We have some young guys and we have a new Grand Slam winner in Dominic Thiem, which was kind of expected in a way, knowing his qualities and seeing him reach three finals before and now winning.

It’s great for tennis, as well, to see new faces, but I think it’s also quite important for tennis fans and sports fans to keep on seeing, I think, three of us trying to reach these heights, you know, trying to fight for Grand Slam titles.

“Any time we get to play against each other between three of us is always a blockbuster match regardless of the court or surface or location. “Yeah, let’s see. I mean, obviously Roger is injured and he’s not going to play this year.

We hope that we are going to have Roland Garros and the whole season end as best as possible without any interruption for the tennis players. It’s very important obviously for our sport to keep going.”

Sun Oct 4 , 2020
Villarreal Joins on loan with option to buy Villarreal have announced the signing of Juan Foyth from Tottenham. The centre-back arrives at the Estadio de la Ceramica on a season-long loan, which includes an option to buy for 15 million euros. Foyth is Villarreal’s sixth major signing of this transfer window […] 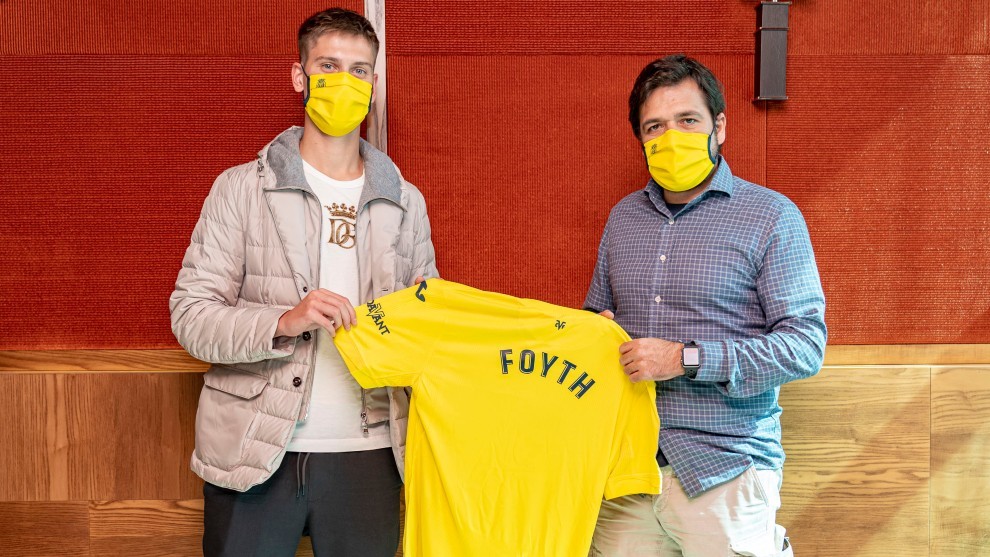