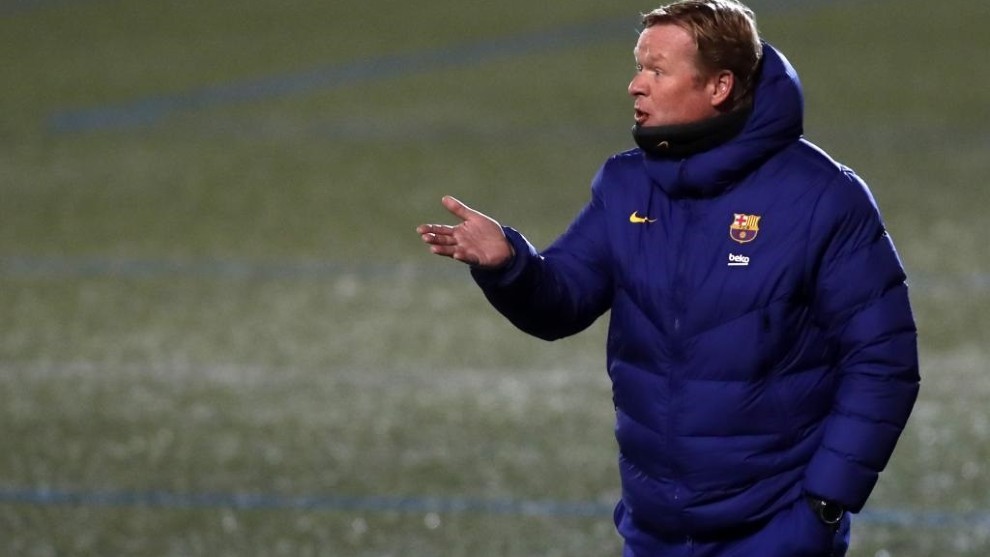 Cornella vs Barcelona Frustrated with another 120 minute game

Barcelona advanced to the last 16 of the Copa del Rey, but Ronald Koeman was not happy with the manner of his side’s victory away to Cornella.

The Dutchman was displeased with how hard the Blaugrana made it for themselves, squandering chances and needing extra time.

“The key thing is always to progress to the next round, but we can’t be happy because we’ve missed chances and penalties and you need to have responsibility in these games,” said Koeman after the win.

“Again it’s 120 [minutes], which is an issue as that’s three straight matches now and it’s on us. We’ve made chances and had two penalties… that can’t happen.

“I can’t fault our effort, but it’s not just about running, also creating and and being effective. It was tough for us today… it’s not acceptable.”

Barcelona’s spot-kick record this season is particularly concerning, having missed five of 12 and no one other than Leo Messi being an effective taker.

“There’s not as much pressure taking a penalty as there’s no crowd. You need a cool head,” said Koeman.

“Other than Leo [Messi], we don’t have anyone who shows they can score many penalties. We have to train more and talk more to improve in that area.

“It could be fear, I really don’t know why we’ve missed so many penalties. You can’t miss two penalties being Barcelona players. This is serious.”

Koeman rang the changes for the Copa del Rey game and there was mixed feedback on those who came into the team, but he was happy enough with the debutants, if more impressed by Cornella’s goalkeeper, Ramon Juan.

“Those who debuted today showed they can have a future at the club, but we also saw we are missing things,” said Koeman.

“[Ilaix Moriba] is a prospect and he is important for the future of the club.

“Their keeper was the best player on the pitch. We had enough chances for it to be an easy game.”