An in-form Russian Daniil Medvedev closed the season with ten straight victories, conquering the Paris Masters and the ATP Finals. Seeking his most significant title in a career, Daniil ousted Dominic Thiem 4-6, 7-6, 6-4 in the last ATP Finals match in London, becoming the fifth straight first-time champion and taking home the trophy and 1500 points.

Daniil became the fourth player in the Open era with victories over the top-3 players at the same event, joining Boris Becker, Novak Djokovic and David Nalbandian on the exclusive list. The encounter lasted for two hours and 42 minutes and there were only two breaks of serve, with Medvedev taking 115 and Thiem 112 points!

The Russian grabbed the second set in the last moment, gaining momentum and dominating the decider to move over the top and celebrate his career’s fourth notable title. Daniil won 14 points on the return in the opening set, failing to convert them into a break after wasting two opportunities.

On the other hand, he played one loose service game at 2-2, which cost him the opener. Almost nothing could separate them in terms of winners and unforced errors, and the Austrian forged the positive result in the shortest range up to four strokes.

He hit a service winner in 26% of the points behind the initial shot, outplaying Daniil by nine points in that quickest segment up to four strokes. The Russian played better in the most extended ones, although it wasn’t enough for more than four games.

Medvedev held at 30 in the first game with an ace, reaching five deuces and creating two break chances on the return in the next one. Thiem saved both break points with winners from his serve and a forehand, bringing the game home with another unreturned serve after ten minutes.

Daniil closed the third game at 30 when Dominic sprayed a forehand error, with the Austrian leveling the score at 2-2 thanks to an ace. The crucial moment occurred in game five when Daniil lost five straight points on serve, suffering a break after a costly double fault to push the opponent 3-2 in front.

After two deuces in game six, Dominic held after two winners to cement the advantage and move closer to the set. Daniil grabbed the seventh game with a service winner to reduce the deficit, having two more chances on the return if he wanted to extend the set.

That didn’t happen in game eight, though, as Dominic held with four powerful serves to maintain the lead and take another big step towards the opener. Medvedev held at love to close the ninth game before Thiem wrapped up the set with a lucky net cord winner at 5-4 after 49 minutes.

Starting all over, Daniil hit a service winner in the second set’s first game, followed by a similar game from Dominic, who leveled the score at 1-1. The Russian painted a backhand down the line winner to secure the third game, with no opportunities on the return in the next one, as the Austrian held at love with an unreturned serve for 2-2.

Medvedev had to work hard behind the initial shot in game five, fending off a break chance with a service winner and holding after four deuces with another quick point.

Continuing where he left in the previous service game, Thiem fired three service winners in game six for a hold at love, sending the pressure to the other side. The Austrian wasted a massive chance to grab a break at the net in the seventh game, creating another following a loose forehand from the Russian.

Daniil erased it with an ace down the T line and survived three deuces to pass another challenge and remain on the positive side. Medvedev created his first break chance wince the opening game at 4-3 with a forehand winner, denied by a powerful forehand attack from Thiem, who clinched three straight points for a vital hold.

The Russian left that game behind and held at 15 with a service winner to open a 5-4 gap. There was no room for Thiem’s errors in game ten, closing it thanks a service winner to send the pressure to the other side. Daniil sealed the 11th game with an excellent serve & volley combo, forcing Dominic to serve for staying in the set for the second time.

The Austrian introduced a tie break after a hold at 15, hoping to seal the deal in straight sets. Medvedev opened a 4-2 gap after an aggressive return and secured the set with an ace down the T line at 6-2 to force a decider.

Thiem faced three break chances at 1-1, repelling them all with bold hitting and sealing the game with a service winner to produce a massive hold and remain in touch. Staying composed, Daniil held at love in game four and earned another break chance at 2-2, denied by a forehand crosscourt winner from Dominic, who defended another break opportunity with a service winner.

In the end, Daniil finally converted the ninth break chance since the start of the match, landing a volley winner to move 3-2 in front. Thiem missed an easy forehand in the next one, helping Medvedev cementing the break and finding himself 4-2 down.

The Austrian held at love in game seven to reduce the deficit before the Russian placed a volley winner to repeat that in game eight and move closer to the finish line. Serving to stay in the match, Thiem held after forcing errors from Medvedev, who was now serving to wrap up the title.

Holding nerves, Medvedev sealed the deal with a service winner in game ten, finishing the season on a high note and hoping for more in 2021.

Sun Nov 22 , 2020
FC Barcelona – La Liga Zakaria Labyad played the Origi role Ajax’s third goal in their 5-0 thumping of Heracles on Sunday afternoon must have had any Barcelona fans watching remembering unwanted memories. Zakaria Labyad was the beneficiary of a quick corner in the 36th minute that found him free at […] 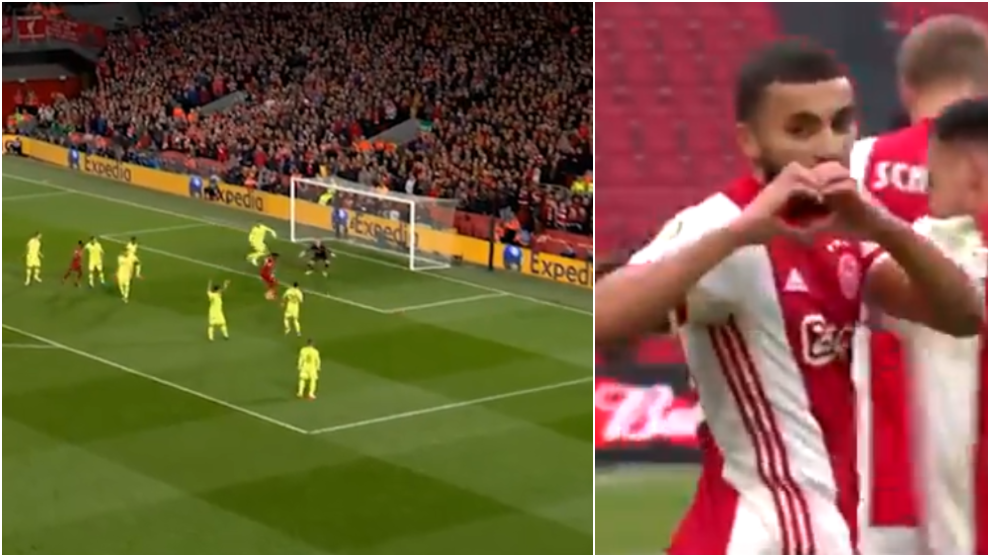