Kevin de Bruyne believes fellow Manchester City midfielder Phil Foden could become one of the best players in world football if he continues with his development.

Foden enjoyed a fine night for England on Wednesday as he scored two goals and assisted another in the Three Lions’ win over Iceland at Wembley.

It was the latest showing of the talent the 20-year-old possesses having also shown signs of his promise since making his City debut in November 2017.

Many have tipped him for a bright future, including Pep Guardiola. In fact, the ex-Barcelona boss showed his faith in him by opting not to bring in a big money replacement for David Silva during the summer in order to give Foden more opportunities.

He has been true to his word too, with Foden seeing plenty of game time at club level in the early stages of this season. He has started seven games and made a further three substitute appearances.

And de Bruyne is another who has been impressed by what he has seen from Foden, stating the progress he is making is putting him on track to reach the top of the game.

“He’s playing really well, he’s evolving, so he needs to keep doing that. In a couple of years, if he goes the right way, he’ll become one of the best players in the world if he wants to.”

Suggestions of City making another attempt to sign Lionel Messi this summer have surfaced since Guardiola penned a deal to stay at the Etihad until the end of 2023.

City were linked with the Argentine during the summer when he was involved in a dispute with Barcelona. However, he ended up staying at the Camp Nou. His contract does expire at the end of the year though, meaning he could still move on.

The Citizens are the favourites to land him should he depart, and Guardiola has had his say on the chances of that happening.

Find out what he said here…

Fri Nov 20 , 2020
Daniil Medvedev takes on Rafael Nadal in the semi-finals of the ATP Finals on Saturday and is relishing his battle with the Spaniard. from Daily Express :: Tennis Feed https://ift.tt/3nAVpnc Source of the article 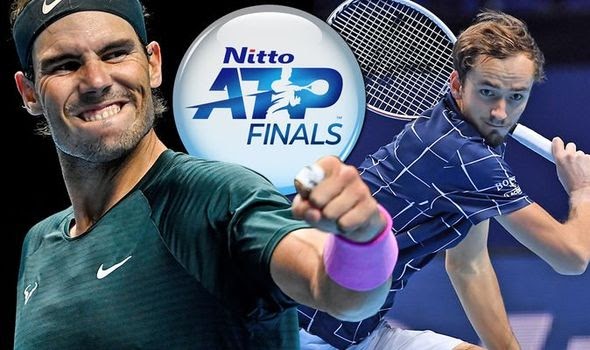