Dean Smith hailed Aston Villa’s “hard work and effort” in their 7-2 thrashing of Liverpool, admitting he wasn’t even sure five goals would have been enough.

Villa stunned the Premier League champions, with Ollie Watkins scoring a hat-trick in a huge win.

It was an astonishing result for Villa, who have started the season with three wins from three. They are now above Liverpool in the formative Premier League table.

Few managers have worked out how to conquer Liverpool under Jurgen Klopp, but Smith found something that worked on Sunday.

Asked what the secret was, he told Sky Sports: “It was just sheer hard work and effort. The work ethic, when Jurgen Klopp says wow to you, you know you’ve done something right.

“The lads were superb, they executed the game plan perfectly. We were at our best today.

“The biggest regret is that there were no supporters here with us – I hope they are enjoying it from their homes. It was a tremendous achievement for the players, they worked really hard.

“If you get outworked by Liverpool, they beat you because they’ve got fabulous talent. Even at 5-2 you’re not sure if that’s enough because of how good they are.

“We felt that if we reversed the ball to the opposite side, that’s where the space would be. Football is small margins, they had some good chances in the first half where our keeper made a couple of good saves and that, alongside a couple of deflections, was the difference probably.”

Villa have started the new campaign in much better form than the last one, in which they narrowly avoided relegation.

The addition of Watkins in the summer transfer window could prove to be key to their hopes of sustaining their positive start, with the striker getting off the mark with a hat-trick against Liverpool.

Smith knows Watkins well, having worked with him before at Brentford, and the Villa boss thinks his arrival shows the club were aware of where they needed to improve after last season.

“He is a tremendous talent,” Smith said of Watkins. “I felt we’ve learnt a lot of lessons from last season and we’ve added quality to what we thought was a good talented squad anyway.

“It’s a good start, an exceptional result and a really good start. We won’t get complacent but we’ll enjoy tonight because results like that don’t come around too often.

“We’ve got a lot of pride and confidence going into the international break.”

Sun Oct 4 , 2020
Barcelona vs Sevilla Scored against Sevilla Coutinho celebrates AFP Philippe Coutinho wants to build on his goal during Barcelona’s draw with Sevilla on Sunday evening. The Brazilian found the net to equalise for Ronald Koeman’s side – his first goal since returning from Bayern Munich. “I’ve got a lot of hunger […] 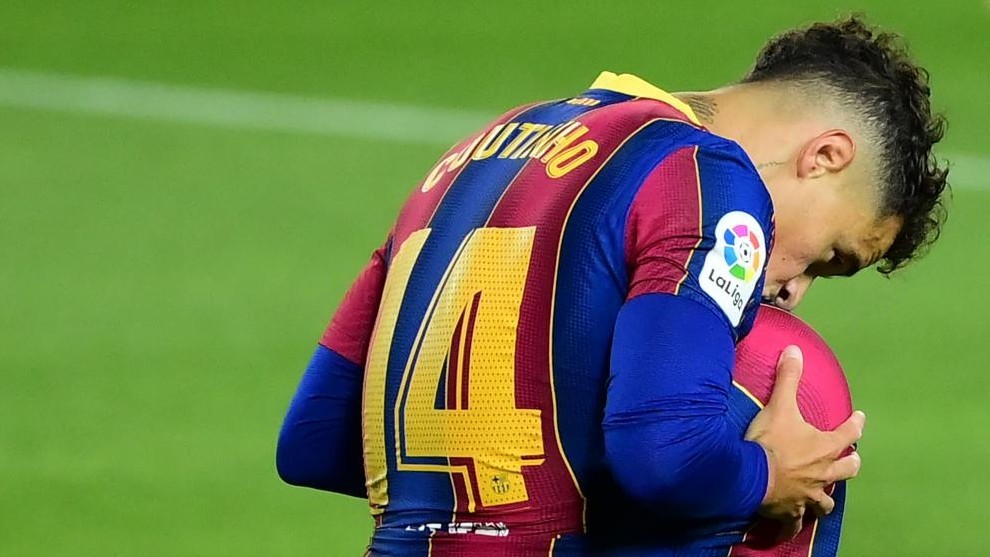