Defiant Neil Lennon says Celtic will have to sack me 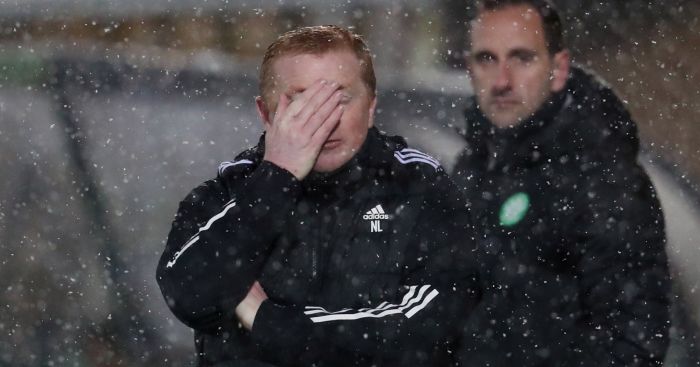 Neil Lennon has told Celtic they will have to sack him if they want a new boss after insisting he will not quit his Parkhead job.

The Hoops’ campaign of woe plunged to new depths as they dropped points for the fourth match in a row following a 2-2 draw at Livingston.

Skipper Scott Brown was sent off just five minutes after coming on as a substitute as frustrations at the unravelling of the champions’ season boiled over.

But the Northern Irishman said: “I won’t walk away, absolutely not. I’ve put too much into this. Too much of my life. And a month ago we won the treble.

“We’ve lost two games in the league. Europe wasn’t good enough and we’re out of the League Cup. But we’re human beings and we haven’t played well for whatever reason.

“We can analyse it to death. Maybe no fans has had an adverse effect, I don’t know. But they haven’t reached the levels of last season by any stretch of the imagination.

“I haven’t changed my procedures, my philosophy hasn’t changed but for some reason too many haven’t reached anywhere near their levels.

“I’m fed up answering it really. Everyone is interested in my job. You keep asking if I’m going to be here. I will be until I’m told otherwise.

“There have been many (fans who don’t support me) like that since I got the job. But we’ve won five trophies out of six. Not bad.”

Lennon came out swinging on Monday as he hit back at his club’s Dubai critics following their controversial winter training camp.

But the only man in green and white to land a telling blow was Brown, who was dismissed just moments after being introduced from the bench after aiming a flailing arm at Livi’s Jaze Kabia.

And Lennon could not defend the defensive display of his team after seeing the Hoops fail to win four league games in a row for the first time since April 2000.

Kristoffer Ajer was guilty of switching off as Ciaron Brown headed Livi in front but the Hoops did hit back through Mohammed Elyounoussi and Nir Bitton.

However, their fragility at the back was exposed yet again in the 60th minute as Jay Emmanuel-Thomas fired David Martindale’s impressive Lions level.

“We have to do better, win the game and defend properly,” said Lennon.

“At their first goal, Brown brushes off Kris and it’s not good enough. We chase the game, play brilliantly to get back into it and in the second half we were excellent until the goal. 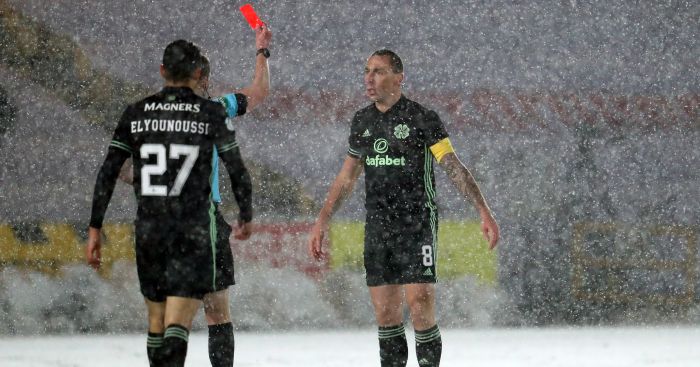 “The second is a poor goal to concede. It was symptomatic of us. There have been too many draws this season – seven draws have really hampered us.

“The sending-off is disappointing. Scott should know better. It was totally unnecessary. I’ll need to see it again to have an opinion but I’m told it’s a red. Ill discipline has cost us.”

Martindale rested seven players ahead of Sunday’s Betfred Cup semi-final with St Mirren. Livi though were still able to keep their 10-game unbeaten run under the new boss going.

And he said: “I’m delighted for the boys but frustrated because we could have taken three points. I thought there was a stonewall penalty late in the second half which was missed but you do miss things.

“When Celtic went down to 10 we got a couple of very good counter-attacks which we might have done better with. I’m disappointed but delighted for the boys the unbeaten run keeps going. If it goes for one more game I’ll be delighted.”