Some wondered if Diego Schwartzman would be able to replicate his Internazionali BNL d’Italia upset of Rafael Nadal in the Roland Garros semi-finals. But the Spaniard got his Rome revenge on Friday with a 6-3, 6-3, 7-6(0) victory against the Argentine. If there’s one person who isn’t surprised the legendary lefty raised his level, it’s Schwartzman.

“Rafa is Rafa. I think he knows how to improve. He knows how to practise, how to do everything,” Schwartzman said. “After Rome, he [went] straight to practice. He went to improve the things that he did badly in Rome. That’s why he’s in the final right now.”

On paper, Schwartzman made 48 unforced errors compared to only 24 winners. But the 28-year-old believes that the reversal in fortunes was not because he played significantly worse, but because Nadal found another gear.

“He played better than Rome. He has a lot of matches right now in his body, so it’s better for him. He improved a few things than maybe in Rome he did not so well,” Schwartzman said. “Maybe I did a few mistakes with my backhand today… Maybe today I did a few mistakes trying to move the ball, trying to be aggressive. That was different in Rome, also.”

Twice in the third set Schwartzman recovered from a break down and he earned three break chances that would have allowed him to serve for the set. The Argentine battled hard and raised his level, but Nadal always had the answer.

“He’s always trying to have the solutions in every single moment. At the time when I was playing better than him and finding the way maybe to go to the fourth, he did two winners
and then one serve and volley,” Schwartzman said. “You didn’t expect [that]. You expect to play clay points every point in that moment. He did a few winners, started to be aggressive.”

It has been an impressive run of form for Schwartzman, who reached his first ATP Masters 1000 final in Rome and his maiden Grand Slam semi-final in Paris. Those results will see him crack the Top 10 of the FedEx ATP Rankings for the first time on Monday.

But the 12th seed, who defeated recent US Open champion Dominic Thiem in a five-set quarter-final, admitted that upsetting a legend like Nadal in best-of-five sets was an even more difficult test.

“It’s different playing against Djokovic, Federer, Rafa, these guys. It’s not easy playing them [best of] five sets because you have to play your best tennis maybe for three, four hours, five hours. It’s not easy,” Schwartzman said. “Physically it’s very hard. Mentally it’s very hard. To improve and to beat the best guys on Tour, you have to play them and you have to beat them. I like to play five sets. I felt really good today. Physically I was perfect, but it’s tough to keep the level really high against these guys for maybe more than three hours.”

Schwartzman has proven himself one of the toughest competitors on the ATP Tour. Even the world’s best have to bring their best to beat him. But Nadal (10-1), Novak Djokovic (5-0) and Roger Federer (4-0) have almost always found just enough level to get the job done.

“I’m not going to say who is the better. But I can say the most beautiful thing about these three guys is how different these guys are on court and outside the court. They are really different,” Schwartzman said. “If you see, I don’t know, the food from Nole, the food from Rafa or Roger, then how they play on court. One likes to play on clay, the other one on grass… They are different. One [is[ lefty, the other one [is] aggressive, the other one is sliding like nobody [else].

“I think the most beautiful thing is for sure how different these guys are. So that’s amazing. From me, it’s the best part to play with these guys. I’m enjoying [it] a lot.”

While Schwartzman was hoping to reach his first Grand Slam final, he knows he was playing an all-time great in Nadal, who will challenge for a 13th Coupe des Mousquetaires. Even if he was optimistic after his Rome triumph, Schwartzman respects how the Spaniard adjusted.

“I think he improved, and I just played little bit worse,” Schwartzman said. “But I think from him was the difference [more] than for me.”

'Grealish is a Gazza type but won't get regular England spot yet' - Villa star behind Sterling in pecking order, says McClaren

Fri Oct 9 , 2020
A former Three Lions boss has high hopes for the midfielder on the international stage, but can’t see him nailing down a place in the starting XI yet Jack Grealish is a player in the mould of Paul Gascoigne but will struggle to dislodge the likes of Raheem Sterling from […] 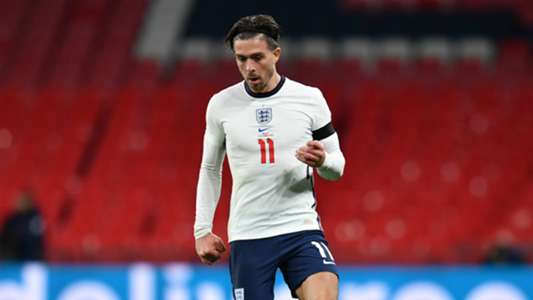