Novak Djokovic advanced to his ninth semi-final at the Nitto ATP Finals on Friday, as he defeated Alexander Zverev 6-3, 7-6(4) in a winner-takes-all qualification match at The O2 in London.

In a repeat of the 2018 championship match, Djokovic saved all three break points he faced to gain revenge against the German and earn his 41st victory of the year (41-4). Djokovic ends Group Tokyo 1970 with a 2-1 record and has clinched the runner-up spot. The World No. 1 will face Group London 2020 winner Dominic Thiem in the semi-finals on Saturday. Daniil Medvedev will meet Rafael Nadal in the other semi-final clash.

”Obviously earlier in his career [Dominic] played his best on clay, but of course being one of the hardest workers on the Tour and most dedicated players, Dominic found his ‘A’ game on all other surfaces,” said Djokovic in an on-court interview. “His first [Grand] Slam Djokovic Completes Semi-final Line-Up In London came on hard courts earlier this year in New York. I played him last year here and lost 7-6 in the third set. It was really a thrilling match. Hopefully we can have another great match, but hopefully this time with another outcome.”

Djokovic has kept his hopes of ending the season with another record-equalling milestone alive. The 33-year-old has already tied Pete Sampras’ record mark of six year-end No. 1 finishes in the FedEx ATP Rankings and he is aiming to match Roger Federer’s record of six title runs at the season finale.

The Serbian also extended an impressive tie-break record in 2020. Djokovic’s second-set tie-break win against Zverev improved his tie-break success rate this year to 15-1. The only time Djokovic lost a tie-break this season was against Kyle Edmund at the US Open.

”I felt great. Early in the first set he had a couple of break point chances. I managed to serve well in the important moments and contrary to the last match against Daniil, I just managed to find the right shots at the right time,” said Djokovic. “Sascha, I have tremendous respect for him. He’s a great player, huge serve. Obviously not easy to return the 140 miles per hour first serves. Sometimes just have to pick your side, block, hope you can be in the exchanges in the rallies from the back of the court. It was really anybody’s game, I think, for most of the match. In the tie-break I just read his approach from 4/3, served well when I needed to to close out the match.”

Djokovic made a fast start on Centre Court, as he covered the court well and capitalised on Zverev errors to earn a 3-0 lead. The Serbian served with accuracy to save two break points at 4-2 and closed the set two games later with a backhand winner down the line.

Both players were forced to save break points early in the second set, before they raised their level on serve to reach a tie-break. Djokovic anticipated well and struck passing shots with accuracy to earn a crucial 6/4 lead. The Serbian extended his ATP Head2Head lead against Zverev to 4-2 with a powerful forehand down the line.

Zverev was bidding to become the first player in tournament history to beat a World No. 1 in three consecutive editions of the event. The US Open finalist stunned Djokovic in the 2018 final and upset Nadal in last year’s round-robin stage. Zverev ends the year with two titles in Cologne and a 28-11 record.

Fri Nov 20 , 2020
The Serbia international returned a positive test on Friday, having been away on international duty. Real Madrid forward Luka Jovic has tested positive for the coronavirus, the club confirmed on Friday. The Serbian returned to the Spanish capital this week following a spell away with his national side. It was […] 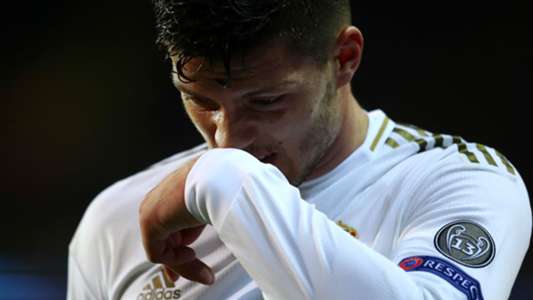