Miami Heat legend Dwyane Wade has opened up on his feelings over his former team drafting Precious Achiuwa. The Heat went at No.20 in the first round of Wednesday’s NBA Draft and selected the 21-year-old big man from Memphis.

We’re well aware that Achiuwa’s headed to a class organization but there are many who think the Heat have also landed a promising player. Wade, who helped bring three championships to Miami, agrees the NBA finalists could have someone special on their hands.

“I haven’t did a lot of scouting, but just talking to my best friend, my brother, Udonis Haslem – the captain over there – we talked about what would the Heat need. And the one thing we talked about was Bam [Adebayo]. He’s taking a beating down there, so to have somebody that can come in and kinda play the same way — he’s a young Bam. Coming in Bam couldn’t shoot early on. He’s real athletic and a great roller to the rim. Great shot-blocker.”

Wade also spoke to the Heat’s reputation as a remarkable developer of young talent.

“And then with the Heat’s ability to make sure they put the work in with these players and teach them the NBA game slowly,” he continued. “This kid could develop into what Bam has now developed into. I love this pick for us because it’s something that we need. It’s something that Bam needs to continue to stay at that All-Star level.”

Fri Nov 20 , 2020
The Manchester City boss has praised the Portuguese’s work in north London, with Spurs currently in second place Manchester City boss Pep Guardiola believes Tottenham are contenders to win the Premier League this season thanks to the “really good” work of Jose Mourinho. Second-place Spurs are unbeaten in seven top-flight […] 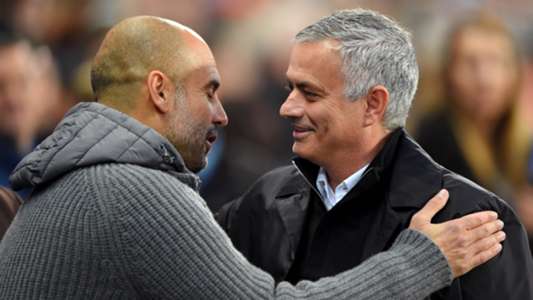