Eibar vs Atletico: Oblak beaten from the spot by fellow goalkeeper Dimitrovic 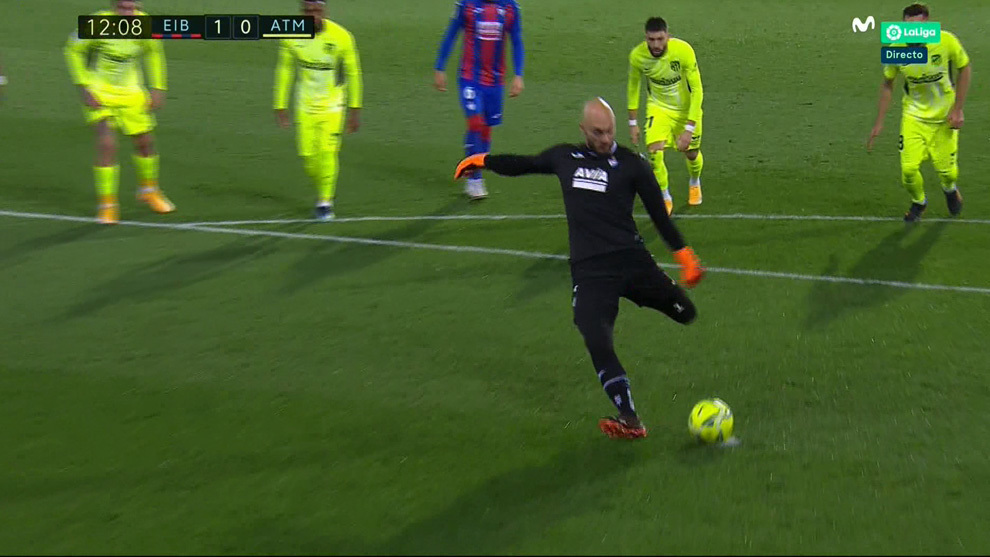 Atletico Madrid’s players looked on in surprise as Eibar goalkeeper Mark Dmitrovic stepped up to take the penalty in their LaLiga Santander clash, before placing it on the spot with a smile and dispatching it beyond his opposite number Jan Oblak.

Atleti were still disputing the award of the penalty given for the foul by Yannick Carrasco, but there were no doubts in Dmitrovic’s mind.

Not many players have scored passed Oblak this season, with the Slovenian having let in just six goals in 16 LaLiga Santander matches before today.

Dmitrovic’s confidence showed that perhaps sometimes it takes a keeper to beat a keeper.

The choice of spot-kick taker may have surprised Atleti – even Oblak raised a smile – as well as many viewers, but Dmitrovic stated his attentions before the match, with Sergi Enrich and Edu Exposito having missed Eibar’s last two penalties.

The Serbian told Movistar prior to kick off that he would be on duty to take any penalty that might be given in favour of the side from Gipuzkoa.