Nigeria Football Federation (NFF) has confirmed Galatasaray midfielder Oghenekaro Etebo will not play a part when the Super Eagles square off against Algeria and Tunisia on October 9 and 13 respectively due to injury.

The 24-year-old was named in Gernot Rohr’s squad that will take on the North African countries as part of preparations for their Africa Cup of Nations qualifying games against Sierra Leone in November.

Etebo teamed up with the Turkish Super Lig club in September on a season-long loan from Championship side Stoke City.

The midfielder was handed his third league appearance in his side’s defeat against Kasımpasa on Sunday, where he suffered a knock, although he managed to feature for the duration of the game.

The 24-year-old has now pulled out of the Super Eagles friendlies in Austria due to the problem and a replacement will be expected to be named soon.

“Super Eagles midfielder Etebo is out of the friendly games against Algeria and Tunisia. He picked up a knock in his club’s game in Turkey yesterday,” read a tweet from NFF.

Napoli striker Victor Osimhen has also been ruled out of the friendlies and Genk forward Paul Onuachu has been named as his replacement.

Etebo has reacted to his side’s defeat against Kasimpasa without a mention of his injury, as he advised his side to put the loss behind them.

“Of course, my good performance doesn’t mean much individually. We wanted to win. Our performance as a team was very important, but we could not show the performance we wanted,” he told the club website.

“Now is not the time to be sad, we have matches ahead of us. We need to put this match aside and focus on other matches and prepare for them in the best way possible.

“We are incredibly unhappy right now, including me. We did not expect such a score. There are many more matches ahead. That’s why we should put this match aside and focus on them.”

The midfielder, who spent the second half of last season in Spain with Getafe, also explains he is gradually settling in at the Turkish side

Etebo has 35 caps for the Super Eagles and was part of the side that finished third at the 2019 Africa Cup of Nations in Egypt.

Mon Oct 5 , 2020
Date published: Monday 5th October 2020 11:28 Manchester United have reached an agreement to sign Edinson Cavani on a two-year deal, according to Fabrizio Romano. United have been in the market for a new attacker, and Cavani has emerged as a major target after being released by Paris Saint-Germain earlier […] 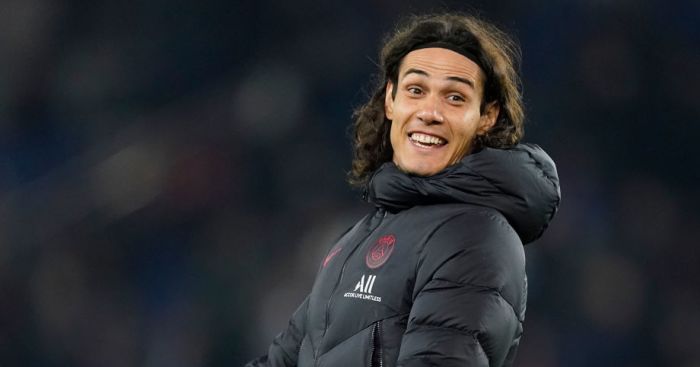