Efes is without Shane Larkin and Tolga Gecim, who will not play against Fenerbahce.

Vladimir Micov is out for at least three weeks due to an elbow injury.

Kevin Punter will be sidelined for three weeks because of a leg injury.

Emanuel Terry has not been registered by the team. He is out due to COVID-19.

Zvezda brought back Taylor Rochestie this week, but he’s not registered either for now.

Semen Antonov, Nikola Milutinov and Janis Strelnieks are sidelined due to COVID-19.

Kyle Kuric has not played so far due to a head injury that required surgery.

Malcolm Thomas did not play last week. His status is uncertain.

Leo Westermann will miss the game against Efes with a groin injury while Danilo Barthel will be a game-time decision.

Stefan Jovic has been sidelined since August due to a leg problem. He is out indefenitely.

Errick McCollum has not been registered yet.

Alexey Shved and Greg Monroe are listed as questionable.

Max Heidegger, Omri Casspi and John DiBartolomeo have not been registered.

Panathinaikos was without Howard Sant-Roos, Aaron White and Pierre Jackson in its season opener against Khimki. Their status is uncertain.

Panathinaikos signed Keifer Sykes to a one-month deal and was registered in time to play in Round 2.

Sergio Llull is ready to get back to action this week with Real.

Zoran Dragic missed the last Spanish League game so he is questionable against Zvezda.

Vanja Marinkovic remains sidelined due to a back injury.

Joan Sastre is out for at least two months due to a knee injury.

Patricio Garino returned to action and is ready to play in Round 2.

Thu Oct 8 , 2020
The European nation was forced into an emergency selection after the virus affected several members of their list Ukraine were forced to select 45-year-old assistant coach Oleksandr Shovkovskiy in their squad for the 7-1 thrashing against France after Covid-19 tore through the team. Three goalkeepers selected in Ukraine’s squad tested positive […] 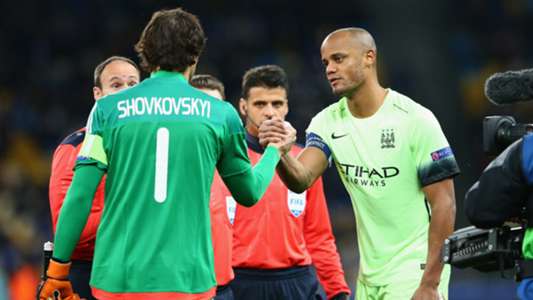