The Turkish Airlines EuroLeague Fab Five made its return last week and congratulations to the Round 1 winner, Vilius Kudokas of Lithuania. This is a game that adds extra excitement to all EuroLeague games and the winners can easily be decided by a basket here or there.

Before we share some tips for Round 2, here is a reminder of the basic rules. Choose one player from each of five scoring ranges. Your goal is to predict which player at each of the ranges will score the most points in the next round of games. Players whose teams win will have a 20% bonus added to their scoring total. There are no other restrictions, but you must keep your team updated!


Some subpar scoring games by a few star players has created a situation where four of last season’s top 10 scorers are all available for selection on your team! Some of them are absolute no-brainers. The easy pickings won’t last long, so take advantage of them now while you can!

Here are our suggestions for Round 2 and some of them are pretty universal:

Range 1 (0 to 3.99) – At this spot, there are bound to be some risks. Do you go for a role player who you believe is due for a big week? Or a player with a big role who hasn’t adjusted yet? The key, however, is someone who should get the minutes to shine. Enter Nigel Hayes. He has a key role for Zalgiris Kaunas and just two seasons ago was among the top scorers in the EuroCup regular season with 15.7 points per game. His 2 points last week is not the norm.

Range 2 (4 to 7.99) – Valencia Basket center Boban Dubljevic is the all-time leading scorer in the EuroCup and ranked ninth in the EuroLeague last season with 14.2 points per game. He reached double-figures in 20 of his 26 appearances and with eight games of at least 19. Dubljevic is the first no-brainer.

Range 3 (8 to 11.99) – When he gets hot, Scottie Wilbekin is one of the best scorers in the league. Last season, he ranked fifth in the league with 16.2 points per game and in his lone clash against Maccabi Playtika Tel Aviv’s Round 2 opponent, CSKA Moscow, he went off for 22 points.

Range 4 (12 to 14.99) – Mike James is the last person to win the Alphonso Ford Top Scorer Trophy. He did so in 2019 with AX Armani Exchange Milan when he was worth 19.8 points per game. Last season he was even better with 21.1 points in his first season with CSKA Moscow. Another no-brainer.

Range 5 (15.0 or higher) – In this range, there will always be great scorers. Are you the type to roll the dice of play it safe? There is no safer pick than Nikola Mirotic of FC Barcelona, who models consistency. He was fourth in the league with 19.0 points last season and has netted at least a dozen points in 20 straight games.

Remember to set your lineups. Note that players do not lock until their game tips off, so if you are running late, you still have until Friday’s games to make your picks. Play FabFive, tell your friends and have fun!

Tue Oct 6 , 2020
The 10-time capped England international will spend the remainder of the season with the Craven Cottage side Fulham completed a deadline day loan deal for Chelsea midfielder Ruben Loftus-Cheek, a player Cottagers owner Tony Khan described as “world class”. With the prospect of game time at Stamford Bridge limited, the […] 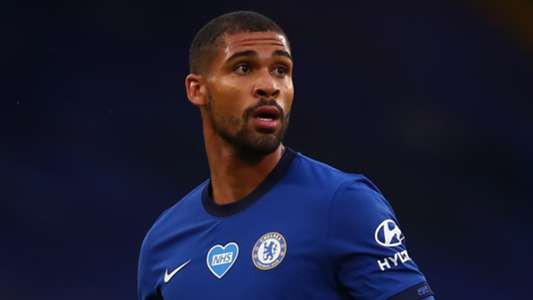