The match is just four games old, but it already feels much closer to the end than the beginning.

An Infosys ATP Beyond The Numbers analysis of the four Roland Garros semi-finalists uncovers that getting off to a fast start in the first four games of Set 1 is an integral part of their overall pathway to victory. The analysis focuses only on the first two serve and return games of Rafael Nadal, Novak Djokovic, Stefanos Tsitsipas and Diego Schwartzman in Set 1 of their five matches to the semi-finals.

What you find is nothing short of complete carnage.

The data set includes 40 serve games and 40 return games. Of the 40 serve games, the four semi-finalists held serve a head-turning 38 times. They step on court with the motor running. Diego Schwartzman was the only player to lose serve in his opening two service games of the match – once to Lorenzo Sonego and once to Norbert Gombos. Djokovic was the only player to not face a break point in the opening two service games of his five matches to the semi-finals. In fact, Djokovic has not even been extended to Deuce in his first two service games through five rounds.

Overall, the four semi-finalists have won 74 per cent (171/230) of their service points in the first two service games. They are doing all they can to march straight through their opening two service games and make life as difficult as possible in their opponents’ service games. That’s where the early damage is unfolding.

While the four semi-finalists have held a ridiculously high 95 per cent (38/40) of their own service games, they have broken serve 21 times out of 40, which equates to 53 per cent.

The comparison to how tidy their own service games are, and the litany of broken service games to start the match from the other side of the net, could not be more opposite. Below is a breakdown of how many times the semi-finalists have broken serve in the first two return games of the match.

Tsitsipas and Schwartzman have been the most prolific at breaking serve in their opponents’ opening two service games of the match, notching up six breaks out of 10 return games. Competing against these four players is an extremely difficult assignment to start with. Going down an early break makes the physical and mental battle of winning the match that much harder.

When the dust has settled after the first games have been played, Djokovic, Nadal, Tsitsipas and Schwartzman have found themselves leading the majority of the time.

All four players have grown accustomed to a fast start as they have moved through the draw to the semi-finals in Paris this year. Whoever can continue that trend will be in the driver’s seat to advance to Sunday’s final.

Thu Oct 8 , 2020
The tactician will now have to go in isolation until he recovers to continue with his duties U17 Uganda Women’s team coach Ayub Khalifa Kiyingi has confirmed he is Covid-19 positive. The tactician has announced the new development to the public amidst the Fifa U17 World Cup qualifiers where his […] 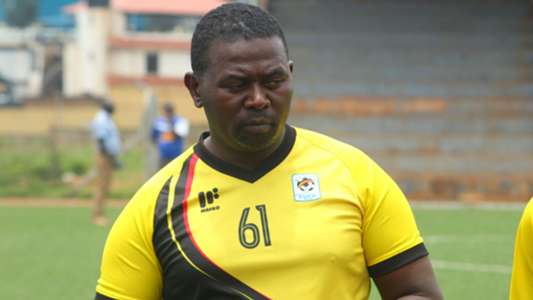