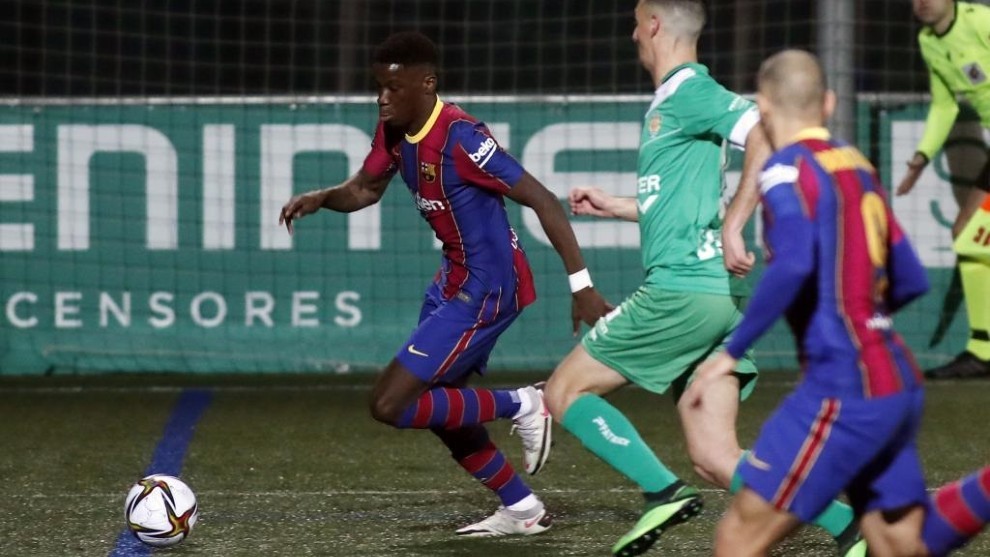 Ilaix Moriba was the surprise inclusion in Barcelona’s starting eleven for the Copa del Rey round of 32 clash with Cornella on Thursday.

Such was his excitement ahead of his senior debut, the 18-year-old admitted that he almost couldn’t sleep before the game.

“[The feelings] have been magnificent since the coach told me that I would be in the line-up,” he said after the 2-0 win. “Today I could hardly sleep.

“I am very happy and very grateful to the coach and the teammates. I thought [my debut] would never arrive and it is the best birthday present.”

Ilaix mentioned that the team was well aware that it wouldn’t be an easy task against Cornella with Real Madrid having been eliminated by Segunda B side Alcoyano and Atletico Madrid stumbling against Barcelona’s opponents in the previous round.

“The club teaches us a philosophy, but we knew it would not be easy,” he said.

“The coach made it clear to us that it would be a complicated ground, and that we couldn’t come thinking it would be easy and we won.

“The Copa del Rey is not an easy competition. Two great sides [Real Madrid and Atletico] have been knocked out and we want to give the fans a title.”

On his future with the senior side, Ilaix didn’t want to get ahead of himself.

“They tell me if I will go up [with the seniors] or down [to the B team] and I take it seriously.

“My team is Barcelona B and I am very grateful.”