The Red Devils joined the reigning champions on 33 points after 16 matches by securing a hard-fought 2-1 win from an entertaining New Year’s Day clash with high-flying Aston Villa.

Bertrand Traore cancelled out Anthony Martial’s opener at an empty Old Trafford, only for Fernandes to quickly fire home from the penalty spot to keep second-placed United hot on Liverpool’s heels.

It was an eighth win in 10 Premier League games but Friday’s matchwinner knows there is plenty of work to do.

“I think we are building something important,” Fernandes said. “We know that. “The most important for us is building a team. Building a group of players who take care of each other.

“Today it was Eric (Bailly making a stoppage-time block) before it was David (De Gea) saving that ball, in other situations other players, but the main thing is the group has to be together.

“As I sit in the stands in the last two or three minutes, everyone is shouting and hoping to don’t concede a goal and to take care of the ball.

“I think it was tough but we have to learn from here. Also from the Leicester game (on Boxing Day which ended 2-2) we have to do much better.

“We have some situations to close the game. You have to close.”

United had 19 shots on an evening that Villa managed 15, with Fernandes’ penalty the difference after Douglas Luiz was adjudged to have brought down Paul Pogba.

The France midfielder, whose future and happiness is so often under scrutiny, also played a role in the build-up to Martial’s goal and produced some lovely moments.

“I think today Paul was top,” Fernandes said. “The first goal he makes a good skill, he comes off from a player so easily.

“But we all know the qualities he has. I think it is not in doubt.

“I hope people is not in doubt on the qualities of Paul because we know he can play, he can help us and he can play really well, and today he did it. He was (involved) in both goals.

“In the penalty you see one of the best he can do, cover the ball and going away from his player, and I think he will give more and more and more with the confidence coming game after game.”

United now take a brief break from Premier League action as attention turns to the domestic cups. Watford arrive at Old Trafford in the FA Cup third round next Saturday, but first comes a crunch Carabao Cup semi-final against rivals Manchester City on Wednesday.

“Perfect start (to 2021), three points so we have to look forward now to keep doing well,” Fernandes told club media.

“We have another competition to play and we want to be in the final, so now time to recover, take the energy back to us and try to win that game.”

United are set to be boosted in the coming weeks by the arrival of 18-year-old Amad Diallo from Atalanta in a deal reaching £36.3million and Solskjaer suggested he is not thinking about other January deals.

Sat Jan 2 , 2021
FC Barcelona – La Liga Fourteen players sidelined under Koeman It was a 2020 to forget for Barcelona on many levels, and the overwhelming number of injuries they were forced to deal with had an obvious impact on their sporting ambitions. The year ended on another sour note on the injury […] 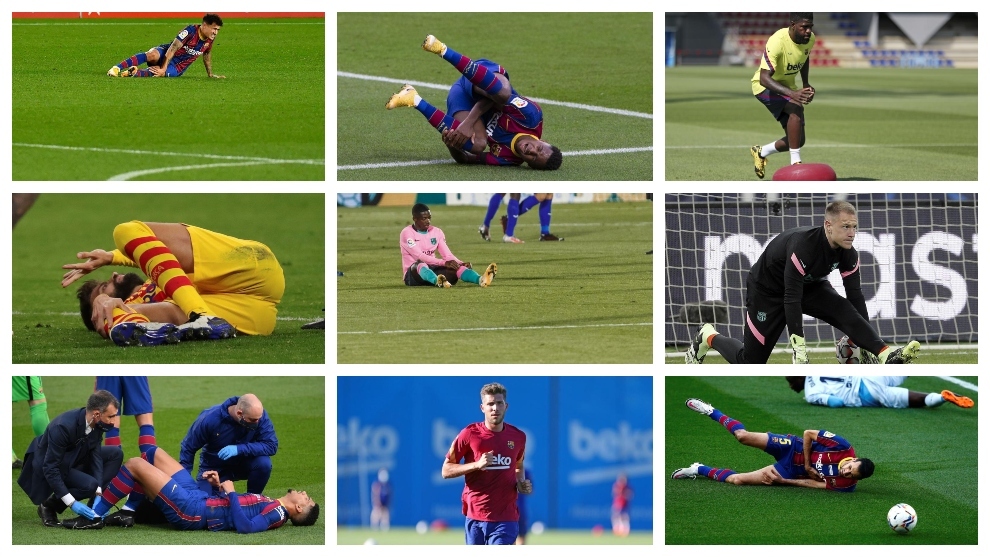