Here’s what you need to know about the third edition of the upcoming FIFA 21 release, including what unique perks it has and more

FIFA 21 will be available to fans on October 9, 2020 and avid gamers have already been getting their hands on Early Access to get their first glimpse of EA Sports’ newest instalment.

A teaser trailer was released to give a glimpse of what’s in store in the new game, with three editions available to buy: Standard, Champions and Ultimate.

The Ultimate Edition of FIFA 21 is a special version of the game that is jam-packed with new features and perks, such as more FUT packs.

It is one of three editions of FIFA 21, along with the standard edition and the Champions Edition.

The edition takes its name from the popular FIFA Ultimate Team (FUT).

While the basic game is the same across the three editions, each will have its own bespoke imagery with Kylian Mbappe as the cover star.

How much does the FIFA 21 Ultimate Edition cost?

When and how can I pre-order FIFA 21 Ultimate Edition?

You can pre-order the FIFA 21 Ultimate Edition right now, before release on October 9.

Click on the relevant console for more details on pre-ordering.

What features does the FIFA 21 Ultimate Edition have?

If you purchase the Ultimate Edition of FIFA 21, you will receive the following perks:

FIFA 21 Ultimate Edition is a bit pricier than the Standard Edition and the Champions Edition, but will appeal to those who enjoy playing Ultimate Team.

Mbappe graces the cover of the Ultimate Edition, in addition to the Standard and Champions Editions – a change from earlier FIFA traditions in which each version had a different star.

You can see a breakdown of what each edition offers in the table above.

Thu Oct 8 , 2020
The Red Devils legend believes a lack of reinforcements on the flanks at Old Trafford can work in favour of one of his international stars Ryan Giggs is looking for Daniel James to “step up” at Manchester United now that he no longer has the threat of added competition from […] 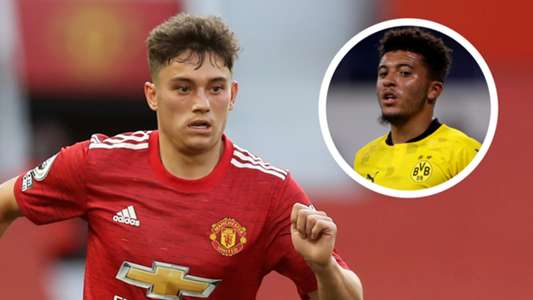