There could be a case of match-fixing at Roland Garros. According to what was published by the German website Welt, the French police is currently investigating about a possible combined tennis match played during this latest edition of the French Major.

The match currently under investigation is from the women’s doubles draw and, more specifically, it’s a first-round match played between the Romanian duo Andreea Mitu and Patricia Maria Tig on one hand and the American Madison Brengle paired with Russian Yana Sizikova on the other hand.

The Romanian duo won the match with a straight sets win but something seemed particularly suspicious. Specifically, the investigators believe, thanks to the information collected by the betting companies, that there was a game during the second set on which unexpected streams of bets were recorded.

According to the investigations, the anomalous bet would have focused on the fifth game of the second set. On that occasion, the Russian Sizikova was serving and she got herself broken with two double faults in a short time and missed a couple of shots.

All seemed to be happening very quick and sounded particularly odd. Further investigations are now being held and will helep clarify if and to what extent the tennis players on the field were involved in the alleged match-fixing.

The Tennis Integrity Unit (TIU), which deals with match fixing cases, declined to release any comment on the rumors published by the WELT site. The Sportradar company, which monitors the betting market for tennis associations, did not even want to comment on the case regarding the ongoing investigations.

It is not the first time that bookmakers have encountered exaggerated streams of stakes in a tennis match, often from Asian websites where the payout caps are higher.

In general, however, this type of situations have beeen recorded more often in smaller tournaments, both at a challenger and at a futures level. It is in fact the Futures, in which the controls are less, to record the greatest number of match-fixing and guilty players confessing to having participated in the combine.

To date, one of the most striking cases has been the one that has seen Argentina’s Nicolas Kicker being disqualified by the TIU for rigging a match for a challenger in Colombia. The thing that worries the most is that in this house it is a Grand Slam match, where the controls to prevent this type of crime should be maximum.

I was told by several sources that many bookmakers issued alerts for abnormal betting in Sizikova/Brengle match at Roland Garros, Set 2 Game 5, Sizikova on serve to get broken. She got broken to love. This is the video of the game (thanks to @UnArdeal for finding the video).

LaLiga: Every LaLiga Santander transfer of the 2020 summer market

Tue Oct 6 , 2020
LaLiga The market was open from August 4 to October 5 The 2020 summer transfer market has closed and here is a look at all of the arrivals and all of the departures at the 20 LaLiga Santander teams. Arrivals: Pablo Machin (coach), Florian Lejeune (Newcastle), Deyverson (Palmeiras), Rodrigo Battaglia (Sporting […] 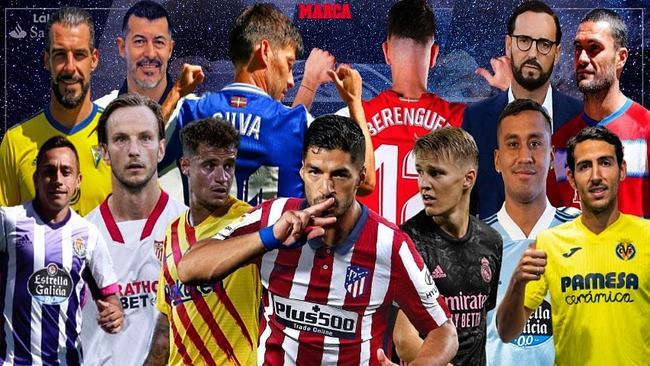