The Premier League, which was expected to start on October 17, has now been moved to November 20. The adjustments have been made after the government allowed the resumption of both contact and non-contact sports.

The key decision made by the Fufa Executive Committee has now paved the resumption of soccer activities since they were suspended in March because of the coronavirus pandemic.

“The kick-off of the 2020/2021 season is postponed from Saturday 17th October 2020 to Friday 20th November 2020,” a Fufa statement captured in circular No. 1119 and signed by the Deputy Chief Executive Officer in charge of football Decolas Kiiza Hantali said.

“The club licensing exercise has been extended to 15th October 2020 to enable the process of planning and release of fixtures by Tuesday 20th October 2020 while the player registration period is extended by four weeks to 19th October 2020.”

The Ugandan Cup tournament has been declared null and void although Fufa had declared KCCA FC as the country’s representatives in the Caf Confederation Cup.

“There will be no further action of the Stanbic Uganda Cup 46th edition and Fufa the sponsor will soon announce the sponsorship details,” it added.

The calendar for the play-offs has also been made public after a recent agreement that will see Fufa and clubs cost-share Covid-19 testing ahead of the matches.

Play-offs for the Second Division (FBL), Third Division (FRL), and the Fufa Women Elite League (FWEL) will be organised at the Fufa Technical Centre Njeru

“Fixtures to be released by the competitions directorate and only players holding licenses for 2019/2020 are eligible for the play-offs,” the statement continued.

“A player who has expressed interest to transfer or has transferred to another club, such a player shall not be eligible to play in matches involving the two clubs.”

The club licensing and player registration process is set to continue after it was extended from 19th October 2020.

Wed Oct 7 , 2020
After nine days of validating votes, the Blaugrana will soon be forced to set a date for a presidential referendum A vote of no confidence against Barcelona president Josep Maria Bartomeu is set to go ahead after club members reached the required amount of signatures for the motion to go […] 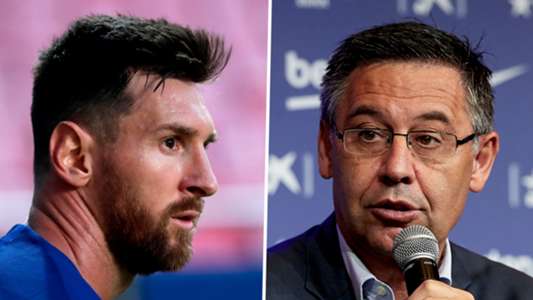