The 34-year-old is now just nine goals behind the Arsenal legend, who scored 51 goals for Les Bleus

France striker Olivier Giroud has played down his chances of breaking Thierry Henry’s all-time scoring record after he moved into second place on Wednesday night.

Giroud scored twice in the first half in a friendly against Ukraine, taking his international goal tally to 42 and passing France legend Michel Platini in the process.

Now only Henry stands between Giroud and the all-time record, with the Arsenal legend having scored 51 goals in 123 caps for Les Bleus.

It was a special way for Giroud to celebrate his 100th cap, which he earned on a night the World Cup champions cruised to a 7-1 win over their opponents.

Speaking to TF1 after the match, the Chelsea striker said he was honoured to have surpassed a legendary figure like Platini, who won the Ballon d’Or three times in his career.

“Huge pride, it’s a great honour, I’m very happy that it turned out that way,” Giroud said. “It was going to be emotional. I’m very happy for the team, we showed great things.”

With nine goals between himself and Henry, the 34-year-old said he isn’t going to think about the France record until he manages to score a few more for his country.

Giroud was also delighted to put in such a great performance in front of Ukraine head coach Andriy Shevchenko, a player he idolised growing up.

“He was one of my favourite players if not my favourite when I was a teenager,” Giroud said of the former AC Milan star. “I greeted him after the game. He’s used to coming to Chelsea every now and then and I asked him for his signed shirt because I’m a huge fan. It also means a lot to me.”

France head coach Didier Deschamps added that he was happy with his side’s performance as they look forward to a UEFA Nations League match against defending champions Portugal on Sunday.

“It’s not the best team in Ukraine but you have to score those goals,” Deschamps said.

“I am very satisfied even though we had a somewhat difficult second-half recovery. We will continue while awaiting the game on Sunday night.”

Wed Oct 7 , 2020
The boss showed his anger as his team failed to win despite being in a strong position on several occasions on Wednesday evening A “p*ssed off and disappointed” Joachim Low failed to hide his displeasure as Germany squandered their lead on three occasions to draw 3-3 with Turkey in a friendly on […] 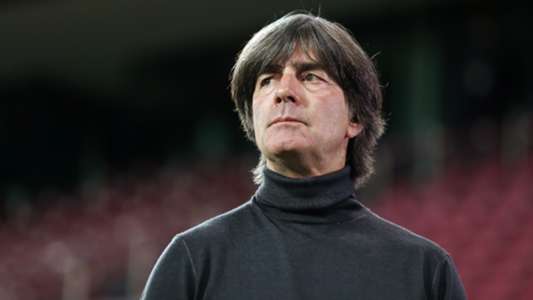