In a season Amakhosi have been struggling for consistency with one league win, a draw and a defeat, as well as MTN8 elimination at the hands of archrivals Orlando Pirates, Chiefs would be keen for a resurgence in Durban.

The just-ended Fifa international break could have afforded Chiefs’ coach Gavin Hunt 12 days to work on some glaring attacking and defensive frailties his team has had to endure in this campaign.

It is yet to be seen if the Soweto giants will return as a side with renewed impetus against an Arrows side yet to taste league defeat so far this season under coach Mandla Ncikazi.

The game will be shown live on SuperSport TV and SABC.

One of Kaizer Chiefs’ vulnerable points is their backline and coach Hunt would have loved to have all his defenders available on Saturday.

But Amakhosi would be without suspended centre-back Eric Mathoho who was red-carded in the dying stages of their last match, an MTN8 semi-final, second leg defeat to Pirates.

It’s a big blow as the defender goes back to the sidelines after he missed their first two league games and as many Cup matches due to injury.

Compounding on their woes at the back, Chiefs will be without right-back Reeve Frolser who also returns to the treatment table after missing their last two league games.

This could be a big worry for Hunt who witnessed his side concede five goals over two MTN8 Last Four legs against Pirates after also shipping in three goals in their opening PSL match against Mamelodi Sundowns.

The team’s top marksman Samir Nurkovic was said to be close to returning to action but might not feature on Saturday as he has just started training after a two-month spell out injured.

The good news however for Chiefs is the return of 17-year-old midfielder Keletso Sifama, a player who has won admiration from Hunt and has recovered from an ankle knock.

Arrows coach Ncikazi will have to make do without the services of suspended Zimbabwean left-back Devine Lunga who was shown a red card in their last league match against Baroka FC.

But Lunga’s compatriot Knox Mutizwa could be handed his first start of the season following 26 minutes of action against Baroka when he came on from the bench as he was returning from injury.

Mutizwa was Arrows’ top goalscorer last season with 13 PSL goals and his availability for a full run would be a boost to Ncikazi’s plans against Amakhosi.

Ntsako Makhubela who is Arrows top-scorer so far this season with two goals in three matches could combine well with Mutizwa to cause problems for Chiefs.

Morale in the Chiefs’ camp could be regarded to be at its lowest ebb after failing to win their last three matches across all competitions.

The 5-0 aggregate defeat in the MTN8 semi-finals as well as a 0-0 home draw against TS Galaxy in their last league match, as well as the 3-0 defeat by Sundowns highlight Chiefs’ struggles.

In six matches so far this season, no Amakhosi striker has scored a goal and Hunt would be praying that their attacking woes will not manifest themselves on Saturday.

But keeping two clean sheets in their last two league games could offer a glimmer of hope for Hunt although his defence has largely been criticised in other matches.

As for Arrows, the Durban side has conceded in every league match they have played in this campaign.

They are however yet to lose a match after a 1-1 draw against Bloemfontein Celtic in their opening match, followed by a 3-1 win over SuperSport United and the 1-1 draw away at Baroka in their last game.

Sat Nov 21 , 2020
The Belgian tactician reveals some of the players who will not be ready to play for the giants on return from international duty Simba SC have suffered a huge blow in their pursuit to retain the Mainland Premier League after it emerged four key players have been ruled out of […] 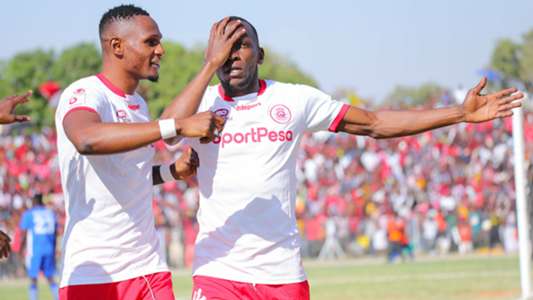